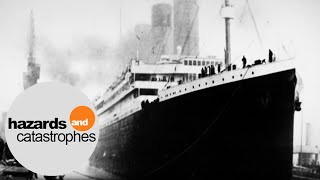 In the hours after the Titanic struck an iceberg 100 years ago, a team of shipbuilders and engineers raced against time to save the stricken vessel. Based on eye-witness accounts, this film reveals what went on below decks in the hours before the Titanic sank, telling the previously relatively unheralded stories of engineers who fought courageously to hold back the power of the sea and keep the power systems running, even when they learned that all was lost. Most of these men died but their actions bought enough time to save many lives. This drama-documentary tells a poignant story of self-sacrifice by the Titanic's engineers, stokers and firemen in the face of impending death.

Saving the Titanic: The Last Men Aboard | Full Documentary

The Gift of Christmas

Guided by the Word

Hunt for the Wilderpeople

A Ring by Spring

The Boys Next Door

The Courageous Heart of Irena Sendler

The Echo of Thunder

Alone in the Dark

Christmas on the Carousel

Goodnight for Justice: Queen of Hearts

A Child's Christmas in Wales

Running With the Devil

Christmas Under the Sea

The Family That Preys

A Score to Settle

Mandie and the Forgotten Christmas

The Pride of the Yankees

The Water is Wide

Love on the Air

The Best of Times

Christmas with a Prince

In Love And War

Christmas on My Block

Goodnight for Justice: The Measure of a Man

Love on the Air

When Love Is Not Enough: The Lois Wilson Story

To Dance with the White Dog

The Courageous Heart of Irena Sendler

Age of Uprising: The Legend of Michael Kohlhaas

Mitch Albom's Have a Little Faith

Homeless for the Holidays

The Perks of Being a Wallflower

A View from a Hill

Baby in a Manger

A Husband for Christmas

Come Dance at My Wedding

A Tale of Two Cities

All's Fair in Love and Advertising

Just the Way You Are

Sons of a Preacher

Once Upon a Time in America

The Least of These: A Christmas Story

A Prince for Christmas

Along Came a Nanny