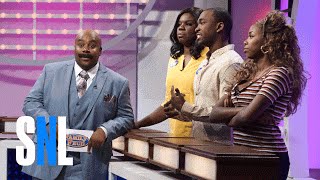 Saturday Night Live's comedy sketches, which often parody contemporary culture and politics, are performed by a large and varying cast of repertory and newer cast members. Each episode is hosted by a celebrity guest, who usually delivers the opening monologue and performs in sketches with the cast as with featured performances by a musical guest. An episode normally begins with a cold open sketch that ends with someone breaking character and proclaiming, "Live from New York, it's Saturday Night!", properly beginning the show. (Wikipedia)