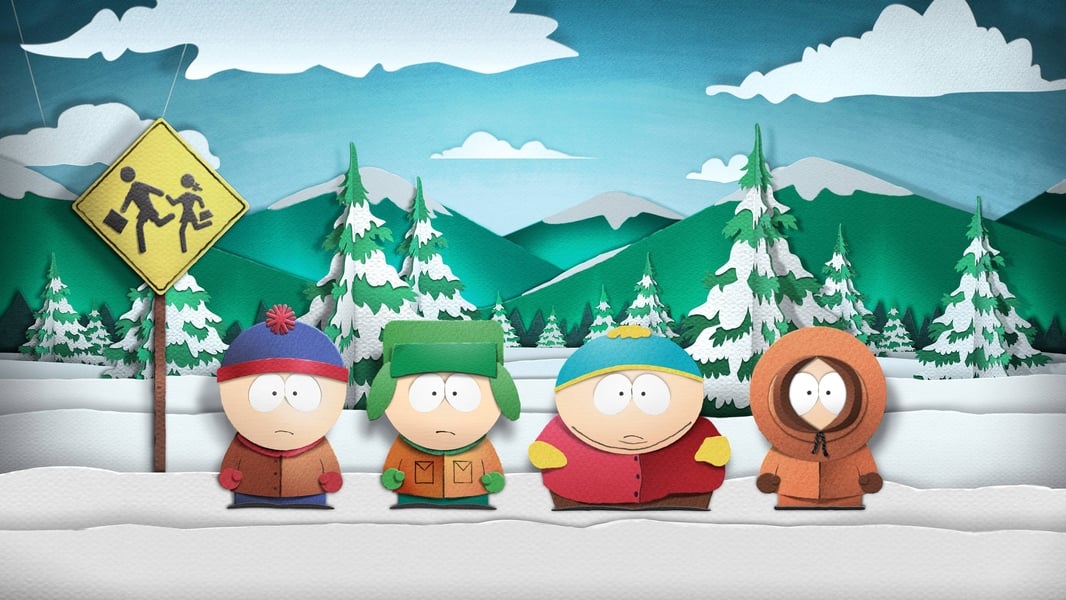 Follows the misadventures of four irreverent grade-schoolers in the quiet, dysfunctional town of South Park, Colorado.

South Park is an American animated sitcom created by Trey Parker and Matt Stone and developed by Brian Graden for Comedy Central. The series revolves around four boys—Stan Marsh, Kyle Broflovski, Eric Cartman, and Kenny McCormick—and their exploits in and around the titular Colorado town. The show became infamous for its profanity and dark, surreal humor that satirizes a wide range of topics towards a mature audience. Parker and Stone developed the show from The Spirit of Christmas, two consecutive animated shorts. The latter became one of the first Internet viral videos, ultimately leading to South Park's production. The pilot episode was produced using cutout animation, leading to all subsequent episodes being produced with computer animation that emulated the cutout technique. South Park features a very large ensemble cast of recurring characters. Since its debut on August 13, 1997, 308 episodes of South Park have been broadcast. It debuted with great success, consistently earning the highest ratings of any basic cable program. Subsequent ratings have varied but it remains one of Comedy Central's highest-rated shows and is slated to air new episodes through 2022. Since 2000, each episode has typically been written and produced in the week preceding its broadcast, with Parker serving as the primary writer and director. A one-hour special episode, titled "The Pandemic Special", premiered on September 30, 2020.South Park has received numerous accolades, including five Primetime Emmy Awards, a Peabody Award, and numerous inclusions in various publications' lists of greatest television shows. The show's popularity resulted in a feature-length theatrical film, South Park: Bigger, Longer & Uncut which was released in June 1999, less than two years after the show's premiere, and became a commercial and critical success, and garnered a nomination for an Academy Award. In 2013, TV Guide ranked South Park the tenth Greatest TV Cartoon of All Time. (Wikipedia)