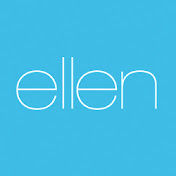 The Ellen DeGeneres Show (often shortened to Ellen and stylized in all lowercase) is an American television variety comedy talk show hosted by Ellen DeGeneres.

The program combines comedy, celebrity, musical guests, and human-interest stories. The program often features audience participation games where prizes are awarded. During her Twelve Days of Giveaways promotion, audience members receive roughly $1,000 worth of prizes on each of twelve episodes. (Wikipedia)