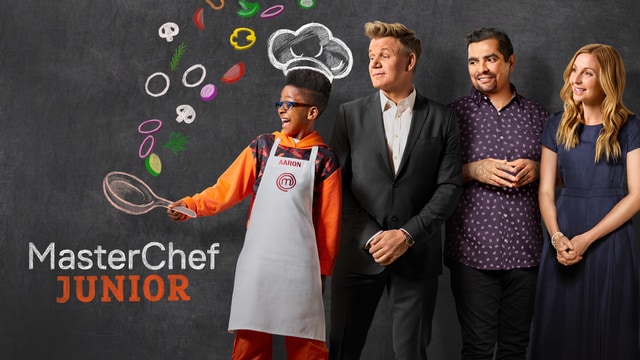 MasterChef Junior is an American cooking competition involving children from the ages of 8–13 that premiered on Fox on September 27, 2013. It is based on the format of the British series Junior MasterChef.On March 5, 2014, MasterChef Junior was renewed for a third season before production on season two began. The second season premiered on November 4, 2014. The third season premiered on January 6, 2015. The fourth season premiered on November 6, 2015. The fifth season premiered on February 9, 2017. The sixth season premiered on March 2, 2018. On February 13, 2019, it was announced that the seventh season would premiere with a two-episode special on March 12, 2019, with the judges being Gordon Ramsay, Christina Tosi, and Aarón Sanchez.On July 17, 2019, it was announced that the show would be returning for an eighth season, with Ramsay and Sanchez as returning judges, along with new judge Daphne Oz replacing Tosi. The season, originally slated to premiere in September 2020, was pushed to later in the season, being replaced by I Can See Your Voice. (Wikipedia)