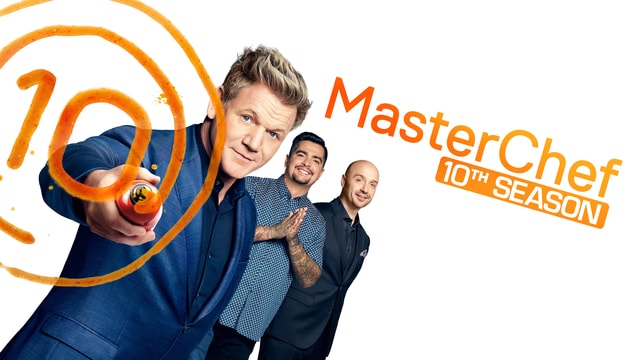 MasterChef is an American competitive cooking reality TV show based on the British series of the same name, open to amateur and home chefs. Produced by Shine America and One Potato Two Potato, it debuted on July 27, 2010 on the Fox network, following the professional cooking competition series Hell's Kitchen.For the first five seasons, the series starred celebrity chefs Gordon Ramsay (the co-creator of the series and Hell's Kitchen), Graham Elliot and restaurateur Joe Bastianich. From Seasons 6–8, pastry chef Christina Tosi temporarily replaced Bastianich. On Season 7, Elliot departed as a judge, and in place of a third judge, there were a series of guest judges, one of which was Aarón Sanchez. Since Season 8, Sanchez joined as a regular judge. In Season 9, Bastianich returned as a regular judge, replacing Tosi. On September 19, 2018, it was announced that the series had been renewed for a tenth season, which premiered on May 29, 2019 with Ramsay, Sanchez, and Bastianich returning as judges.As of October 2020, an eleventh season of 18 episodes is in production, with Ramsay, Sanchez, and Bastianich all returning as judges. (Wikipedia)

[Trailer] Teaser: This Season The Judges Do Battle | Season 9 | MASTERCHEF