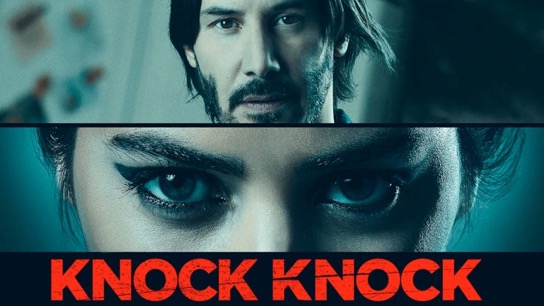 In this modern-day Cinderella story, Claire, a nurse, fights for a chance at love with a charming new doctor and for a promotion to free herself from the misery her supervisor creates. As her supervisor tries to derail Claire's chance at happiness, Claire will have to stand up for herself and go after her dreams.

A short and tiny criminal named Calvin has just committed a robbery involving stealing a precious diamond from a jewelry store along with his dim-witted partner, Percy. However, the snatch goes awry, and Calvin ends up ditching the diamond by stashing it in a woman named Vanessa's purse. Vanessa happens to be married to a wannabe-dad named Darryl. Calvin must now pose as a young infant in order to retrieve the stolen diamond. However, a simple quick-and-grab turns into a friendly relationship between Calvin and Darryl.

Playboy Britt Reid becomes the new publisher of Los Angeles' "The Daily Sentinel" after the sudden death of his father. Britt's party life is about to change when he and his driver and kung fu expert, Kato, stop a robbery. With the help of Kato, Britt starts a new career of fighting crime as the masked superhero "The Green Hornet".

Louis Booker and Charlie Carbone are close friends with an association with the mob. After the duo botch a delivery of stolen TVs, the duo are given a second chance by mob leader Sal Maggio, who happens to be Charlie's stepfather. The duo are to deliver $50,000 to a contact in Australia. As simple as the job sounds, complications emerge when a kangaroo steals the money. Now Charlie and Louis must find the kangaroo and get the money back before they find themselves in a worse predicament.

Now You See Me

A team of talented illusionists called "The Four Horsemen" are investigated by a resolute F.B.I. Agent following a series of brazen heists that leave their audiences swimming in cash while draining the bulging bank accounts of unscrupulous business leaders.

Evan Treborn suffers blackouts during significant events of his life. As he grows up, he finds a way to remember these lost memories and a supernatural way to alter his life by reading his journal.

When a devoted husband and father is left home alone for the weekend, two stranded young women unexpectedly knock on his door for help. What starts out as a kind gesture results in a dangerous seduction and a deadly game of cat and mouse.

When three suburban moms get tired of trying to make ends meet, they decide it's time to stick up for themselves by robbing the local grocery store. But when the manager catches a glimpse of one of them and the loot is far more than they expected, it doesn't take long for the three best friends to realize the perfect getaway will be harder than they think.