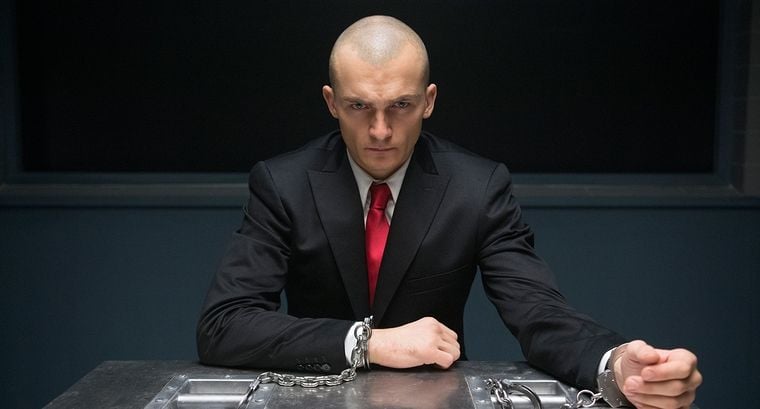 The Day the Earth Stood Still

When a sphere from space lands in New York's Central Park, group of scientists are summoned by the American government under the US Defense secretary, Jackson. The alien - known as Klaatu is brought to a military facility and Dr. Helen Benson decides to help him to escape, becoming the only chance to save the mankind from destruction.

In 2035, techno-phobic homicide detective Del Spooner of the Chicago PD heads the investigation of the apparent suicide of leading robotics scientist, Dr. Alfred Lanning. Unconvinced of the motive, Spooner's investigation into Lanning's death reveals a trail of secrets and agendas within the USR corporation and suspicions of murder. Little does he know that his investigation would lead to uncovering a larger threat to humanity.

Tony makes friends with Rudolph, a vampire kid with a good appetite. The two end up inseparable, but their fun is cut short when all the hopes of the vampire race could be gone forever in single night. With Tony's access to the daytime world, he helps them to find what they've always wanted.

Based on a true story. In 1957 a rag-tag, shoeless, poor group of kids from Monterrey, Mexico shocked the world by winning 13 games in a row and the Little League World Series in the only perfect game ever pitched in the Championship. These kids, led by their priest and a down-and-out former major leaguer embark on a journey through the southern US and up into Williamsport, PA for the Championship game.

Genetically engineered from conception to be the perfect killing machine, he's the culmination of decades of research, endowed with unprecedented strength, speed, stamina and intelligence. Known only as Agent 47, his latest target is a corporation that plans to unlock the secret of his past to create an army of killers even more powerful than him. With help from a young woman, the elite assassin confronts revelations about his own origins in an epic battle with his deadliest foe.

Small-town stoner Mike Howell spends most of his time getting high and writing a graphic novel about a superhero monkey. What Mike doesn't know is that he was trained by the CIA to be a lethal killing machine. When the agency targets him for termination, his former handler activates his latent skills, turning the mild-mannered slacker into a deadly weapon. Now, Mike must use his newfound abilities to save himself and his girlfriend from getting killed by the failed test subjects that are sent after him by the CIA.

The son of a slain NYPD officer joins the force, where he falls in with his father's former partner and a team of rogue cops. His new boss, Sarcone, will see if he has what it takes to be rogue through many trials and tribulations of loyalty, trust and respect. When the truth about his father's death is revealed revenge takes him over and he won't stop until justice has been truly served.

Detective Harlee Santos (Jennifer Lopez) is a single mother from New York City, New York. She joins the FBI's anti-corruption task force, whilst dealing with her own financial problems by bribing officers in order to afford for her daughter Cristina.