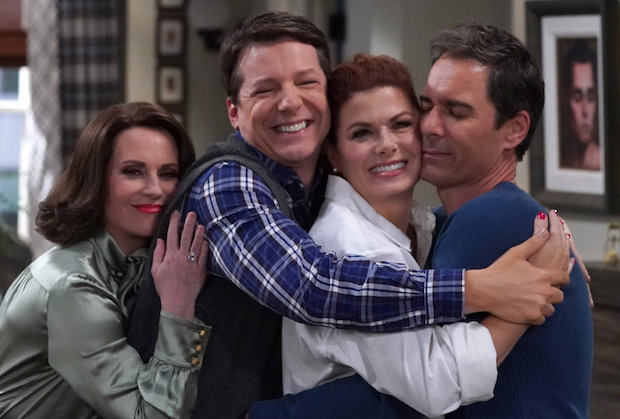 After he did some jobs for CIA, ex-marine, John Shale, is visiting his high school love, Jane. She's now a teacher in Columbus High School in Miami. Soon after his arrival, Jane has her knee cap broken while jogging. After that, John decides to go undercover as her substitute in high school. Soon he finds out a gang named Kings of Destruction is terrorizing the school. Shale is going to give everything to stop them, even his own life.

Ester and her overbearing mother run a small bed-and-breakfast near the US/Mexico border. One night, two unwanted guests arrive, threatening the safety of everyone. But the two women are hiding a secret, one that may prove the most dangerous of all.

On the morning of September 11, 2001, a messenger sings "Happy Birthday to You" to his daughter, a billionaire argues with his wife in a divorce hearing, a maintenance man begins his day, and a young Russian decides she's breaking up with her sugar daddy. When the first plane hits the World Trade Center, these five elevator passengers find themselves trapped. Forced to band together, they fight against all odds to escape before the imminent and inevitable collapse occurs.

Jamal and his brother Salim were raised in the slums of Mumbai. Orphaned at a young age, they managed to survive as did their young friend Latika. Jamal becomes a contestant on India's version of Who Wants To Be A Millionnaire. He manages to get to 10 million rupees in his first appearance but is arrested by the police who want to know how an illiterate 'slumdog' could possibly know all of those answers without cheating. He explains how specific events in his life taught him the answers and all he can say that being asked questions to which he knows the answers is simply fate. He hopes that fate will give at least one more good turn as he had a very specific reason for going on the show in the first place.

Don Champagne seems to have it all, a successful business, a perfect house, perfect kids and a perfect wife. Unfortunately, when his wife, Mona, learns of Don's affair with a pretty new salesgirl, this suburban slice of heaven spirals out of control. Don soon realizes that Mona will stop at nothing, including murder, to maintain their storybook life where "perception is everything".

The story of the English exploration of Virginia with 17th century explorer, John Smith, and of the changing world and two loves of Pocahontas.

A dramatic comedy about a self-induced attention-deficit disordered, learning disabled, Tourette's syndrome suffering, balance impaired, alcoholic young man from the Upper East Side of Manhattan and the gold-digging girl who inspires him to try to get it together.

Gay lawyer, Will Truman, and straight interior designer, Grace Adler, are best friends living in New York City. Grace is engaged to a real jerk until the relationship falls apart and she moves in with Will. It's supposed to be temporary, until Grace finds her own place, but more and more it looks like a permanent arrangement.