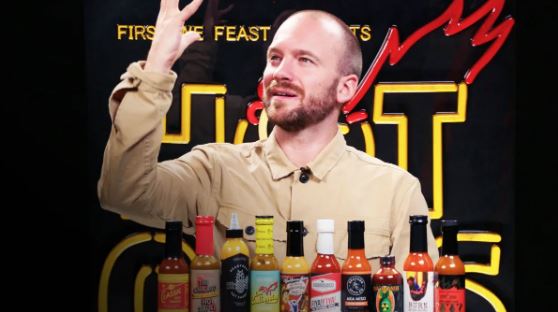 When relaxed and charming Ben Wrightman meets workaholic Lindsey Meeks she finds him sweet and charming, they hit it off and when it is winter Ben can spend every waking hour with Lindsey, but when summer comes around the corner Lindsey discovers Ben's obsession with the Boston Red Sox. She thinks it is perfect until everything goes downhill for them.

Gina Norris is a long way from the Barbershop - she's moved from Chicago to Atlanta so her daughter can attend a prestigious music school, and she's made a name for herself at a posh salon with her cutting edge hairstyles. But when her egotistical boss, Jorge, takes credit for her work, she leaves the salon with shampoo girl Lynn in tow to open a shop of her own. Gina buys a rundown salon and inherits a motley group of headstrong stylists, a colorful clientèle, and and a sexy piano-playing electrician, Joe. It's a rocky road to fulfilling her dreams, but you can't keep a good woman down.

Danny Ocean wants to score the biggest heist in history. He combines an eleven member team, including Frank Catton, Rusty Ryan and Linus Caldwell. Their target? The Bellagio, the Mirage and the MGM Grand. All casinos owned by Terry Benedict. It's not going to be easy, as they plan to get in secretly and out with $150 million.

Three years after ripping off casino owner Terry Benedict in Las Vegas, Danny Ocean and his gang have settled down. Until the revenge-seeking Benedict contacts them all one-by-one with this: pay back what you stole from me, with interest, or else. They have two weeks to come up with $190 million dollars. In addition to the swiftly approaching deadline, they have to dodge tenacious Europol agent Isabel Lehiri and out-maneuver another thief known only as "The Night Fox." It all culminates in Ocean's 12 taking on the biggest heist ever...and also the biggest con!

Barney augments his team with new blood for a personal battle: to take down Conrad Stonebanks, the Expendables co-founder and notorious arms trader who is hell bent on wiping out Barney and every single one of his associates.

A "National Geographic" crew heads down the Amazon in a jungle boat to make a documentary on a long-lost tribe of natives. En route, they rescue a hunter from his sinking boat and take him on board. After the ship's captain is attacked by a poisonous insect and goes comatose, the hunter commandeers the boat, takes the crew hostage, and drags them along on his insane quest to capture a giant anaconda.

The leader of a drug cartel busts out of a courthouse and speeds to the Mexican border, where the only thing in his path is a sheriff and his inexperienced staff.

Hot Ones is an American YouTube talk show, created by Christopher Schonberger and Sean Evans. Its basic premise involves celebrities being interviewed by Evans over a platter of increasingly spicy chicken wings.