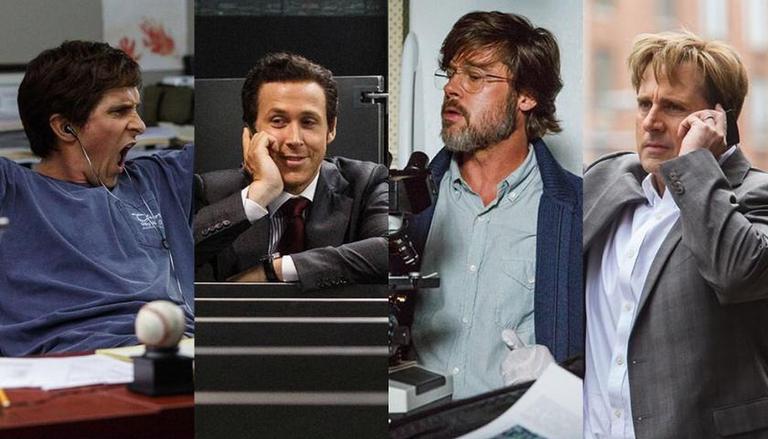 In 2008, Wall Street guru, Michael Burry, realizes that a number of subprime home loans are in danger of defaulting. Burry bets against the housing market by throwing more than $1 billion of his investors' money into credit default swaps. His actions attract the attention of banker, Jared Vennett, hedge-fund specialist, Mark Baum, and other greedy opportunists. Together, these men make a fortune by taking full advantage of the impending economic collapse in America.

When their adopted son, Alejandro, announces his upcoming wedding to, Missy, happily divorced parents, Don and Ellie, masquerade as if they were still married in order to stay on the good side Alejandro's ultra-conservative biological mother, and ensure that the wedding goes off without a hitch.

Not Another Teen Movie

After breaking up with his girlfriend, Priscilla, a popular jock, Jake Wyler makes a bet with his friends, that he can't make 'ugly girl' Janey Briggs into prom queen. After spending more and more time with Janey, Jake really starts to think whether he wants to keep the bet on or not.

In the ancient tale of the Hebrews, Moses gathers the faith to free his six hundred thousand enslaved people from Egyptain rule. Pharaoh Ramses II, with whom he grew up, must face his once best friend in a battle that exceeds the mere mortals, and endures the act of God.

A mercenary, an IDF sniper, a Russian commando, a drug cartel enforcer, an RUF officer, a death row inmate, a Yakuza enforcer and a doctor, are all abducted and placed on a planet which acts as a game reserve for two warring tribes of extraterrestrial killers. They soon realize that they are hunted and that strength lies in numbers and they all try to find a way out of the alien planet.

An astronaut trying to rescue a chimpanzee astronaut in space ends up landing on a planet inhabited by talking human-like apes. Leo Davidson finds himself captured by the apes and placed in a cage with other humans. All the apes take this same 'human hating' attitude, with the exception of one. A kind, female ape called Ari sees something different in these humans, and plans to help them in whatever they need to do.

In a world ravaged by wars between humans and vampires, a renegade priest fights to rescue his niece from the legions of bloodsuckers who seek to transform the young girl into one of them.

A group of diverse, down-on-their-luck characters attempt to change their lives by participating in a potentially life-ruining reality dance show that builds to a live production of Swan Lake. What this group of underdogs lack in dance training, they make up for with their edge, wit, and desire to re-imagine an iconic story to fit their own mold.