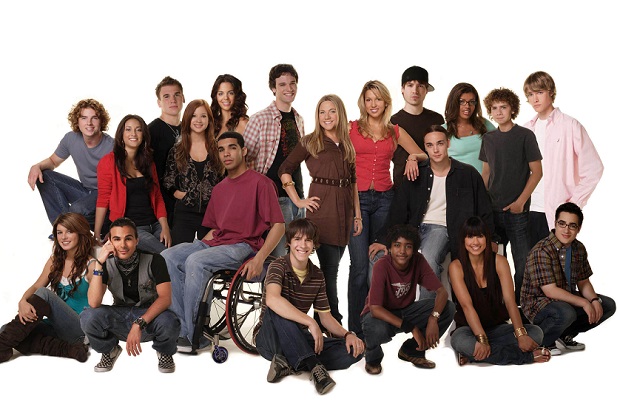 Teenage outsider, Adam sets out on an epic and daring quest to uncover the mystery behind his long-lost dad, only to find out that he is none other than the legendary Bigfoot! He's been hiding deep in the forest for years to protect himself and his family from HairCo., a giant corporation eager to run scientific experiments with his special DNA. As father and son start making up for lost time, Adam soon discovers that he too is gifted with superpowers beyond his imagination. But HairCo. is already on their tail as Adam's traces have led them to Bigfoot.

Beavis and Butt-Head Do America

MTV junkies Beavis and Butt-head awaken one day to find their beloved TV stolen. On their adventure to do a murderous smuggler's wife, they encounter an FBI agent with a predilection for cavity searches, two rather familiar looking ex-Motley Crue roadies, Mr. Van Driessen singing "Lesbian Seagull", a little old lady, and, of course, Mr. Anderson and his trailer. Can the Great Cornholio save the day?

Message in a Bottle

A woman finds a romantic letter in a bottle washed ashore and tracks down the author, a widowed shipbuilder whose wife died tragically early. As a deep and mutual attraction blossoms, the man struggles to make peace with his past so that he can move on and find happiness.

After a prank goes disastrously wrong, a group of boys are sent to a detention center where they are brutalized. Thirteen years later, an unexpected random encounter with a former guard gives them a chance for revenge.

After a fatal incident sends him on a rampant path of destruction, a champion boxer fights to get custody of his daughter and revive his professional career.

Mike Prentis is a middle-aged man in a routine marriage, who works from home as a technical writer. When a new couple moves in next door, Mike quickly befriends the young Jenna and her car-dealer husband, Scott. But the couple's life isn't as carefree as it appears. While Mike watches as the young couple's relationship begins to unravel, his own marriage starts coming apart at the seams.

The lives of the kids at Degrassi Community School dealing with the serious and sometimes taboo issues that plague teenagers. From issues like relationship problems, homosexuality and bullying to more darker issues like rape, school shooting and death. Degrassi: The Next Generation plunges into the world of what this generation is really going through.