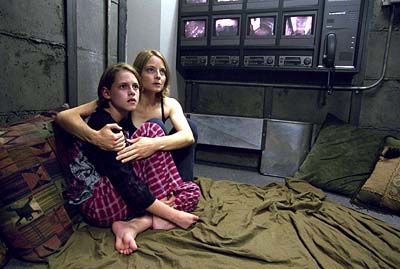 Professional Brooklyn hit-man Jimmy Conlon is more commonly known as "The Gravedigger". Jimmy was a mob hit-man, who was best friends with his boss Sean Maguire. But when Jimmy's son, Michael, is marked for death by the mob, Jimmy must go up against Sean to protect Michael at all costs. Together, he and Michael must avoid corrupt cops, contract killers and the mob to survive the night.

The U.S. military makes a scarred bounty hunter with warrants on his own head an offer he cannot refuse. In exchange for his freedom, he must stop a terrorist who is ready to unleash Hell on Earth.

Upon returning to his home in Europe, crusading knight Behmen finds his faith beginning to falter due to the brutality he's witnessed on the battlefield. Commanded by the moribund Cardinal to deliver a suspected witch to the abbey where her powers can be abolished, Behman accepts the assignment under the condition that the young peasant girl will receive a fair trial. The church believes the girl to be the one responsible for the Black Plague, and they may be right, too. As the two men and a small group of chaperones set out on their arduous mission, they quickly realize that their young charge is something more than human, and that they're about to face an evil beyond human comprehension.

An American diamond merchant travels to Russia to sell rare blue diamonds of questionable origin. As the deal begins to collapse he falls into an obsessive relationship with a Russian cafe owner in a small Siberian town. As their passion builds, so does the treacherous world of the diamond trade from which he is unable to extricate himself. Both collide as the American man desperately looks for escape in a world with no exit.

Recently divorced Meg Altman and her daughter Sarah have bought a new home in New York. On their tour around the mansion, they come across the panic room. A room so secure, that no one can get in. When three burglars break in, Meg makes a move to the panic room. But all her troubles don't stop there. The criminals know where she is, and what they require the most in the house is in that very room.

Before the entire class, young Ronnie tells the story of his grandfather's exceptional Akita dog. As Ronnie starts to recount the chance encounter of his grandfather, the college music teacher, Parker Wilson, with the abandoned puppy that accidentally ended up in the professor's hometown of Rhode Island, an incredible story of loyalty and devotion begins to unfold.

High school student Ichigo Kurosaki, who has the ability to see ghosts, gains soul reaper powers from Rukia Kuchiki. With this newly acquired power, he begins training and duty as a Shinigami to maintain the balance between the world of the living and the world of the dead.