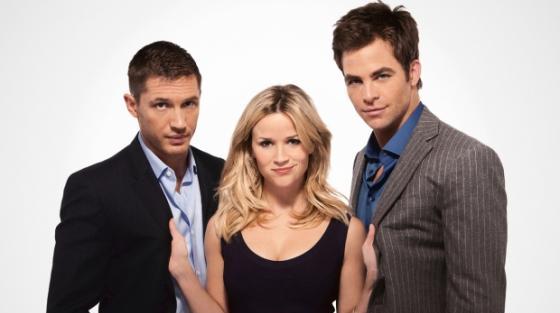 The witch Isabel Bigelow arrives in California with the objective of having a normal life without spells. Meanwhile, in Hollywood, the egocentric actor Jack Wyatt is trying to retrieve his former prestige in the cinema industry playing Darrin in a remake of the successful television series, Bewitched. When Jack meets Isabel by chance and sees her moving her nose, he immediately decides to invite her to test for Samantha. His second intention is to cast an unknown actress and overshadow her performance. When Isabel finds out his real intention, she becomes upset, and her aunt puts a hex on Jack. But Isabel is in love with Jack and decides to tell him the truth about her.

Ally is a woman who has many ex-boyfriends who turned out to be losers. Now she believes that she can't find a good guy. But when she runs into one of her exes who is now a 'Prince Charming', she decides to look up all of her exes to see if any of them have changed for the better. When she has trouble locating them, she asks her neighbor Colin, who sleeps with a different women every night and sneaks out the morning after to avoid talking to them, to help her.

A copy editor in her early 20s gets her chance to become a reporter at a Chicago daily. She's sent to do a feature on what cool high schoolers are doing. To really find out, she goes undercover as a student. Back at school, she gets to repair her own scarred teen psyche, as she was a total geek in her first go-around.

Gigli, a lowly and inept hitman, is assigned a job by the mob to kidnap an intellectually disabled brother of a California district attorney. Gigli abducts the brother from his mental hospital and holds him hostage in his apartment. Ricki, a "lesbian assassin," is sent to oversee Gigli's job and make sure he doesn't screw it up. Comedic high jinks ensue as the two go on the lam and start to fall in love.

CIA agents and best friends Tuck and FDR have been benched because someone's after them. Tuck is divorced and not close to his son; FDR is a ladies' man. Tuck places his profile on a dating site; Lauren sees it and goes out with him. She later bumps into FDR; he hits on her and she goes out with him. She's intrigued by both of them. When they learn they're both dating her, they agree to let her choose, but they can't help using their skills to keep tabs on her and each other, and sabotage each other's dates with her.

The classic story of Romeo and Juliet, set in a modern-day city of Verona Beach. The Montagues and Capulets are two feuding families, whose children meet and fall in love. They have to hide their love from the world because they know that their parents will not allow them to be together. There are obstacles on the way, like Juliet's cousin, Tybalt, and Romeo's friend Mercutio, and many fights. But although it is set in modern times, it is still the same timeless story of the "star crossed lovers".

Based on the 2011 murder of Betsy Faria that resulted in her husband, Russ' conviction, but he insisted he did not kill her. This brutal crime set off a chain of events that would expose a diabolical scheme deeply involving Pam Hupp.