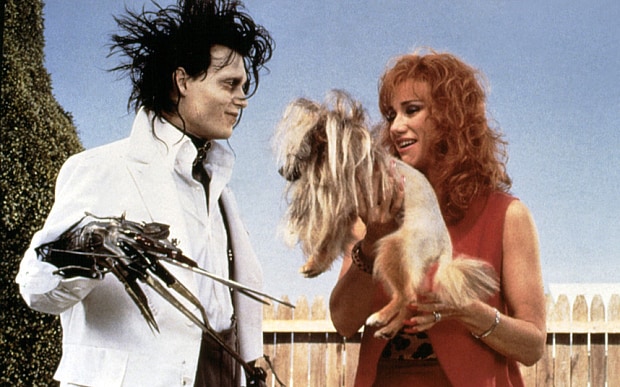 Buckle up for the wildest road trip of the year. A comedy adventure about a misfit family trying to survive outrageous obstacles, including each other, on a cross-country trek to their annual family reunion.

It's been only a couple of years since the deadly encounter with the monstrous saltwater crocodile in Lake Placid, and once more, something horrible lurks beneath the surface of Maine's silent Black Lake. This time, the gruesome death of an employee from the Environmental Protection Agency and a sudden spate of disappearances set in motion a thorough investigation, as Sheriff James Riley and the Fish and Wildlife Agent, Emily, find themselves with their backs to the wall before the tourist season. Now, the hunt for the scaly prehistoric predator is on. Can they stop the savage beast from the depths of Lake Placid?

Against the backdrop of three modern metropolises--Paris, Rome, and New York--unfolds a sad triptych of deception, mistrust, and despair. Michael Leary struggles to overcome his persistent writer's block in his quiet Parisian hotel room, his young showbiz columnist lover, Anna Barr, is anxious to evolve into a book author herself. In bustling New York City, former soap-opera actress and now a hotel maid, Julia Weiss, is bound to miss probably the most important meeting in her life with her lawyer, for a lost case of child custody. At the Eternal City of Rome, the shady entrepreneur, Scott Lowry, inadvertently finds himself entangled in a rescue mission, going against his innate selfishness. What could possibly link those stories together?

Following the advice of his dying father, Hal dates only women who are physically beautiful. One day, however, he runs into self-help guru Tony Robbins, who hypnotizes him into recognizing only the inner beauty of women. Hal thereafter meets Rosemary, a largely obese woman whom only he can see as a vision of loveliness. But will their relationship survive when Hal's equally shallow friend undoes the hypnosis?

Under the Tuscan Sun

Frances Mayes is a 35-year-old San Francisco writer whose perfect life has just taken an unexpected detour. Her recent divorce has left her with terminal writer's block and extremely depressed, and her best friend, Patti, is beginning to think she might never recover. Frances decides to take a break and she buys a villa in the beautiful Tuscan countryside and decides to begin anew. Restoring her new home, she eventually finds the fulfillment she was searching for, including love.

After their wedding, newspaper writers John and Jennifer Grogan move to Florida. In an attempt to stall Jennifer's "biological clock", John gives her a puppy. While the puppy Marley grows into a 100 pound dog, he loses none of his puppy energy or rambunctiousness. Marley's antics give John rich material for his newspaper column. As the Grogans mature and have children of their own, Marley continues to test everyone's patience by acting like the world's most impulsive dog.

When Peg Bogs, the local Avon lady, attempts one last stop to sell her products, she wanders off to a mansion on top of a large hill in the suburb. Finding a unique and alone man named Edward with scissors for hands, she decides to bring him back with her into society. He makes a good impression and even falls in love with her daughter, Kim, but after a robbery with a framed Edward as the culprit, things in his life begin to go downhill and Kim finally understands his feelings.

A pulse-pounding, high-stakes thriller about Elena Federova, a very recently captured international arms dealer and brilliant criminal mastermind, who even in captivity orchestrates a number of coordinated bank heists. Then there's Val Turner, the principled, relentless and socially outcast FBI agent, who will stop at nothing to foil Elena's ambitious plan.