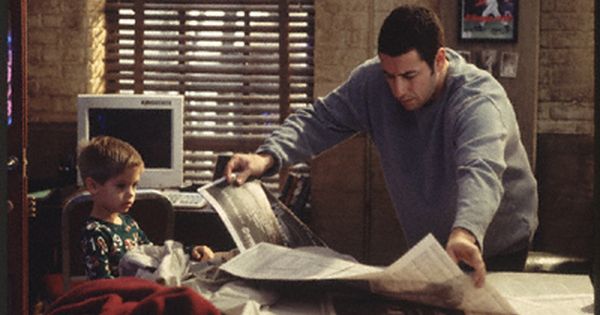 A former US Air Force officer, Brian Gilchrist, returns to Hawaii as a civilian contractor. He now works for a private space company, owned by multi-billionaire Carson Welch. This return is a homecoming of sorts but is bitter-sweet: his best friend is now married to his ex-girlfriend and he still holds a torch for her. Then there's Allison Ng, the beautiful Air Force captain tasked with watching over him.

A pop singer has been receiving threatening notes, and her manager hires a bodyguard known for his good work. The bodyguard ruffles the singer's feathers and most of her entourage by tightening security more than they feel is necessary. The bodyguard is haunted by the fact that he was on Reagan's secret service staff but wasn't there to prevent the attack by Hinckley. Eventually the bodyguard and the singer start an affair, and she begins to believe his precautions are necessary when the stalker strikes close to home.

To escape Christmas and their divorced parents with their dysfunctional families, happily unmarried Brad and Kate have been successfully pulling off the same trick for three years: a little bit of charity work in a far-off place at the end of the world is always the perfect alibi. However, not this year--and as the young couple is forced to spend Christmas with all four of their estranged parents--the ultimate Yuletide disaster is at hand. Can Brad and Kate survive not one, but four Christmases?

32-year-old Sonny Koufax has spent his whole life avoiding responsibility. But when his girlfriend dumps him for an older man, he's got to find a way to prove he's ready to grow up. In a desperate last-ditch effort, Sonny adopts five-year-old Julian to impress her.

On an island populated with birds an easily tempered flightless bird named Red lives happily with his best friends Chuck and Bomb until these pigs show up. Everyone loves these pigs but Red thinks something is going on and he figures out that the pigs are stealing their precious eggs. Red, Chuck, and Bomb along with a few fellow citizens must head to their layer and take down those piggies!

In the summer of 1962, Scotty Smalls learns from a professional baseball player Benny Rodriguez who helps him with his clumsy ball handling. Benny and Scotty and the rest of the sandlot gang try to claim a baseball from an old mans guard dog.

I Am Syd Stone

Syd Stone, a former A-List actor, finds himself in a small town, shooting a B-movie. One night at the hotel bar, he makes an instant connection with Matt, a young lawyer on the verge of his biggest case yet, and it's more than friendly.