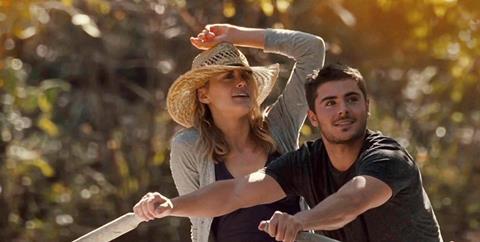 When Mystery, Inc. are guests of honor at the grand opening of the Coolsville Museum of Criminology, a masked villain shows up and creates havoc before stealing the costumes of the gang's most notorious villains: Black Knight Ghost, Pterodactyl Ghost and Tar Monster. Could it be that their nemesis, mad scientist Jonathan Jacobo has returned and is trying to recreate their deadliest enemies? Velma has a crush on the museum curator Patrick Wisely despite her fears of intimacy but why is he acting so suspicious? The Mystery Gang is hard pressed to succeed this time, since annoying television reporter Heather Jasper-Howe insists they are buffoons.

A middle-aged husband's life changes dramatically when his wife asks him for a divorce. He seeks to rediscover his manhood with the help of a newfound friend, Jacob, learning to pick up girls at bars.

A couple of married men are always looking at other women. Their wives are fed up with their behavior, and grant them a 'hall pass': a week off their marriage allowing them to do anything. But the guys take their time and their week is almost up. What they don't realize is that at the same time their wives make connections of their own.

This is about the adventure of Rex, the British monarch's most beloved dog, who loses track of his mistress and stumbles across a clan with dogs of all kinds confronting and fighting each other. During his epic journey to return to the Queen, Rex falls in love and discovers his true self.

A Marine travels to Louisiana after serving three tours in Iraq and searches for the unknown woman he believes was his good luck charm during the war.

While visiting his hometown during Christmas, a man comes face-to-face with his old high school crush whom he was best friends with -- a woman whose rejection of him turned him into a ferocious womanizer.

In this revival of the popular 1970s television series, Mr. Roarke and his three assistants run a tropical paradise where guests come in to have their wildest dreams and fantasies come true.