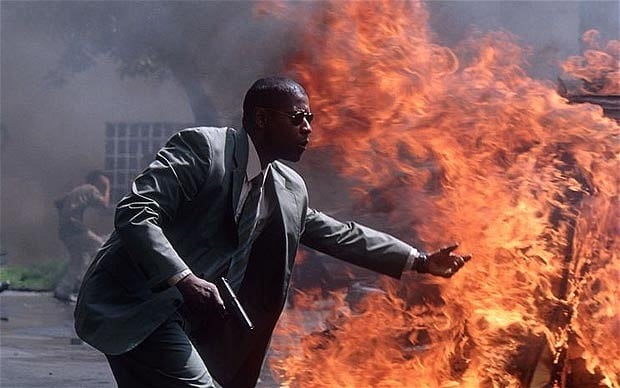 An ex-CIA agent and his estranged daughter are forced on the run when his employers erase all records of his existence, and mark them both for termination as part of a wide-reaching international conspiracy.

An ace assassin is double crossed by gangsters and falls into the hands of rogue surgeon known as, The Doctor, who turns him into a woman. The hitman, now a hitwoman, sets out for revenge, aided by a nurse named, Johnnie, who also has secrets.

John Creasy is hired to be the bodyguard of a young girl named, Pita, and her mom, Lisa. Pita changes the behavior of the cold Creasy, making him live and smile again, and he feels a great affection for her. When the girl is kidnapped, Creasy swears to kill each one responsible for the abduction.

Based on the true story of Domino Harvey, daughter of film actor, Laurence Harvey. Tired and unsuited to the pretentiousness of her high-society LA life, Domino leaves the glitterati behind and sets off to become a bounty hunter. She quickly falls under the wing of veteran hunter Ed Mosley and his crew and becomes an unlikely natural in the art of bounty hunting. But things heat up when a masked gang pilfer the contents of an armored car, and before long the mob, a crazed TV producer, the FBI and a terminally ill child have all got caught up in the crazy situation.

After a drug-op gone bad, Joey Gazelle is put in charge of disposing the gun that shot a dirty cop. But things go wrong for Joey after a neighbor kid stole the gun and used it to shoot his abusive father. Now Joey has to find that kid and the gun before the police and the mob do.

In the summer of 1969, Colonel Kim Jin Pyeong returns to South Korea after serving in Vietnam. He is suffering from post-traumatic disorder and trapped in a loveless marriage with Soo Jin, who is desperate for a child. One night, he meets new neighbor Jong Ga Heun, the Chinese-Korean wife of Captain Kyung Woo Jin who recently transfered to the army camp. In the stifling atmosphere of the army camp, the two fall into a secret and passionate affair.

Desperate for a good story, a sex-addicted journalist throws himself into the world of high-class escorts when he starts following a Stanford-educated prostitute.

More drama occurs behind the scenes than on stage, as the team prepares an ambitious Broadway musical on the life of Marilyn Monroe.