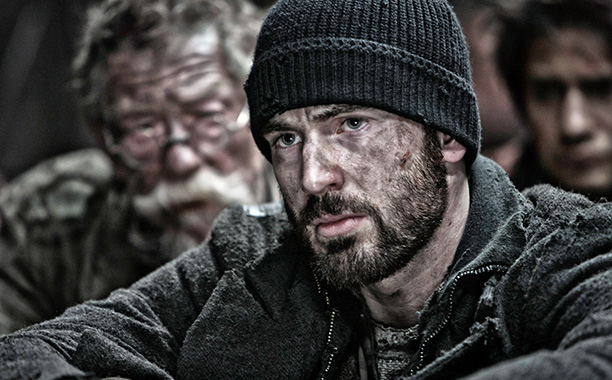 Set in 2031, the entire world is frozen except for those aboard the Snowpiercer. For seventeen years, the world's survivors are on a train hurtling around the globe creating their own economy and class system. Led by Curtis, a group of lower-class citizens living in squalor at the back of the train are determined to get to the front of the train and spread the wealth around. Each section of the train holds new surprises for the group who have to battle their way through. A revolution is underway.

This action drama follows a mysterious man who has multiple jobs as a garage mechanic, a Hollywood stuntman and a getaway driver seems to be trying to escape his shady past as he falls for his neighbor - whose husband is in prison and who's looking after her child alone. Meanwhile, his garage mechanic boss is trying to set up a race team using gangland money, which implicates our driver as he is to be used as the race team's main driver. Our hero gets more than he bargained for when he meets the man who is married to the woman he loves.

Jupiter Jones was born under a night sky, with signs predicting that she was destined for great things. Now grown, Jupiter dreams of the stars but wakes up to the cold reality of a job cleaning other people's houses and an endless run of bad breaks. Only when Caine Wise, a genetically engineered ex-military hunter, arrives on Earth to track her down does Jupiter begin to glimpse the fate that has been waiting for her all along - her genetic signature marks her as next in line for an extraordinary inheritance that could alter the balance of the cosmos.

14th-century knights transport a suspected witch to a monastery, where monks deduce that her powers could be the source of the Black Plague.

Sam and Jared are a young couple in the Bahamas, divers and aspiring treasure hunters. While the arrogant salvager Bates has loads of expensive equipment, Jared gets by with a small, battered boat. Jared and Sam find a historic wreck, but nearby is a wrecked airplane with a large quantity of cocaine. Jared and Sam want the treasure; their diving partners also want the drugs. Dangerous criminals realize the plane and cocaine are submerged somewhere in the area. When the bad guys learn that the couple has located the drugs, Jared and Sam find themselves in mortal peril.

The true story of Whitey Bulger, the brother of a state senator and the most infamous violent criminal in the history of South Boston, who became an FBI informant to take down a Mafia family invading his turf.

Hardship and respect for the land are key at Drovers Run, a vast cattle ranch in the Australian outback that once belonged to Jack McLeod. Now, with his passing, his two daughters are reunited to decide the ranch's future. While Tess initially wants to sell her share, she finds that the land beckons to her. And her sense of optimism is much needed, given that Claire has spent years struggling to keep the ranch financially afloat. These two decide to run it together, with their housekeeper and mother-figure, Meg, her teenage daughter, Jodi, and a local girl, Becky, who is escaping her own troubles in town. Their lives are hard and the obstacles many, but the rewards are every bit as grand as the wild open land they've inherited.