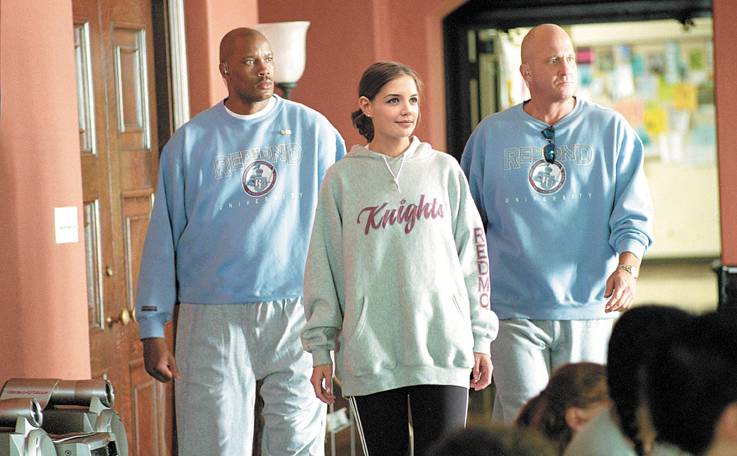 Ashley Albright, a businesswoman living in New York City, is considered by many to be the luckiest person in the world. The same cannot be said for Jake Hardin, the put upon and down-on-his-luck manager of McFly. When the two kiss at a masquerade ball, Ashley's life turns into a living nightmare, where Jake's fortunes are on the up.

The daughter of the President of the United States goes off to college after insisting that she be able to enjoy her school years without the omnipresence of the Secret Service. The government agrees to her demands but assigns a young agent to go undercover as a student in order to keep an eye on her. The first daughter and the agent fall in love, until she learns his true identity.

A popular yet mean-spirited teenage girl wakes up one day to find herself turned into a man in his 30's. Along the way to finding out how she ended up like that, she discovers how shallow and cruel she's always been.

Sassy postgrad Elle Woods is all about animal rights. In fact, she puts her nuptial plans on hold to head to Washington, D.C. to get an anti-animal testing bill passed. Her building's doorman quickly shows her the ways and workings of our nation's capital.

Cody Maverick is a penguin who has a passion for surfing. Hitching a ride to Pen Gu Island, Cody and his chicken friend, Joe attempt to participate in the Big Z Memorial Surf Off. This documentary tracks his steps from leaving his home, training with Big Z and attempting the big challenge.

Part four in the Dr. Hannibal Lecter quadrilogy. Having escaped the asylum, Dr. Hannibal Lecter goes into hiding in Florence, Italy. Back in America, Mason Verger, an old victim of the doctor, seeks revenge. Disfigured and confined to a life-support system, he plans to draw Lecter out of his hiding place, using the one thing for whom Lecter truly cares: Clarice Starling.

When ace test pilot Colonel Steve Austin's test plane crashed, he was nearly dead. Deciding that "we have the technology to rebuild this man", the government decides to do just that, fitting him with cybernetic components which give him superhuman strength and speed. Austin becomes a secret agent/operative, fighting injustice where it is found.