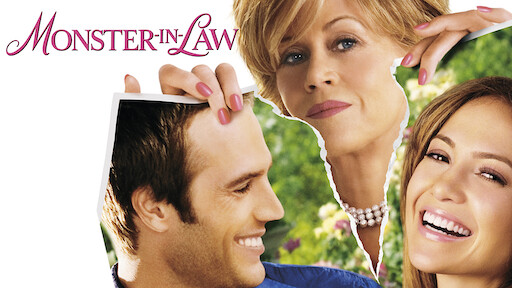 The love life of Charlotte is reduced to an endless string of disastrous blind dates, until she meets the perfect man, Kevin. Unfortunately, his merciless mother will do anything to destroy their relationship.

Bob Munro and his dysfunctional family rent an RV for a road trip to the Colorado Rockies, where they ultimately have to contend with a bizarre community of campers.

Streetwise mobster-turned-movie producer Chili Palmer is back, but this time Chili has abandoned the fickle movie industry and veered into the music business, tangling with Russian mobsters and gangsta rappers and taking a talented, feisty young singer named Linda Moon under his wing. From the recording studio to an Aerosmith concert to the MTV Music Awards, he manipulates events to watch them play out the Chili way, using his signature blend of wiseguy skills and negotiation tactics. It's a dangerous business, and everyone's looking for their next big hit.

Ballet dancer Jody and ape researcher Dan have just become the proud parents of a bouncing baby boy when the spooky happenings in their home start causing problems in the workplace as well. With a mischievous demon making their lives unbearable, the miserable couple plant cameras in every corner of their house, and recruit some supernatural experts to help evict the diabolical imp..

FBI field agent Kate Macer is approached to join a special anti-drugs task force that also involves the Department of Defense and the Department of Justice. She is given very little information about the methods or aims of the task force, except that it is going after senior members of a Mexican drug cartel. She soon realizes that their methods are quite unorthodox, even potentially illegal, and the aim may be even more unconventional.

Joe Braven is a logging company owner who lives with his family in Canada. Joe's father, Linden, suffering from dementia, mistakes a woman in a bar for his wife, prompting a barroom brawl that lands Linden in the hospital. The family decides to take a break at their secluded log cabin, where they run into trouble from a drug dealer who wants to use Joe's business as a front for his cocaine operation.

When a beautiful stranger leads computer hacker Neo to a forbidding underworld, he discovers the shocking truth--the life he knows is the elaborate deception of an evil cyber-intelligence.

In this British historical drama, the turbulent transition from Roman republic to autocratic empire, which changed world history through civil war and wars of conquest, is sketched both from the aristocratic viewpoint of Julius Caesar, his family, his adopted successor Octavian Augustus, and their political allies and adversaries, and from the politically naive viewpoint of a few ordinary Romans, notably the soldiers Lucius Vorenus and Titus Pullo and their families.