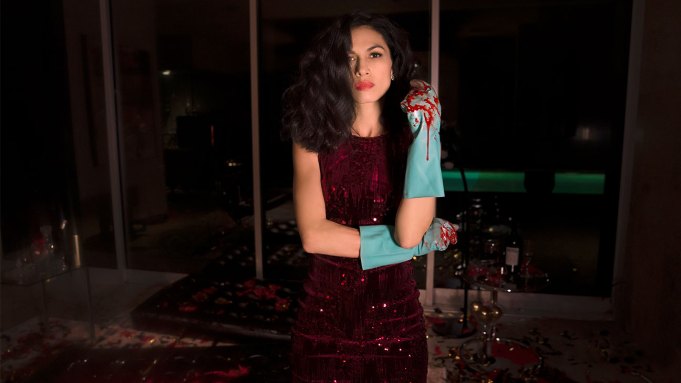 Three friends on losing streaks: Adam, whose girlfriend dumped him, Nick, with a dead-end job and a cheating wife, and Lou, a suicidal alcoholic. To help Lou recover from car-exhaust poisoning, Adam and Nick, with Adam's nephew Jacob, go to a winter resort that was their old party place. It's now a dump, but the lads rally for a night of drinking in the hot tub. Somehow, the hot tub takes them back to 1986, on a fateful night for each of them. Maybe if they do everything the same way they did that night, they'll get back to the future so Jacob can be born. There are serious temptations to do things differently.

Buddy was a baby in an orphanage who stowed away in Santa's sack and ended up at the North Pole. Later, as an adult who happened to be raised by elves, Santa allows him to go to New York City to find his birth father, Walter Hobbs. Walter, who is on Santa's naughty list for being a heartless jerk, had no idea that Buddy was even born. Buddy, meanwhile, experiences the delights of New York City as only an elf can. When Walter's relationship with him interferes with his job, he is forced to reevaluate his priorities.

Bobby Boucher is the lowly waterboy for a college football team, until the coach discovers his amazing talent for tackling people much bigger than him. He signs the Waterboy as the new star player, but Bobby must keep it secret from his overbearing and domineering mother.

Undercover F.B.I. Agent Gracie Hart shows no signs of having any femininity in her demeanor or appearance. However, her next mission is to go undercover in the Miss United States beauty pageant to prevent a group from bombing the event.

Sophisticated Melanie Carmichael, a rising New York clothing designer suddenly finds herself engaged to the city's most eligible bachelor. But this is no fairy tale romance for Melanie. She has skeletons in her fashion-filled closet that include Jake - the backwoods husband she married in high school who refuses to divorce her. Determined to end their marriage and sever all ties with her past once and for all, Melanie returns to Alabama. But home starts to tug at her heartstrings, and what she thought she wanted may not be what she wants at all.

Robert Clayton Dean is just a successful and gutsy labor lawyer when he runs into an old college friend who was a big hurry. Unbeknownst to him, that friend secretly drops a disc and viewer containing footage of a political assassination overseen by the senior advisor to the National Security Agency. Soon, Dean finds himself on the run, with his assets frozen, his loved ones watched and actively hunted by N.S.A. Agents. Not knowing what is going, Dean must stay one step ahead while trying to figure out the cause of this mess.

Based on Stephen King's 1996 novel of the same name when a death row corrections officer during the U.S. Great Depression who witnesses supernatural events that occur after an enigmatic inmate is brought to his facility.

Thony De La Rosa isa Cambodian medical doctor who comes to the U.S. for a medical treatment to save her son, but when the system fails and pushes her into hiding, she uses her cunning and intelligence to fight back, breaking the law for all the right reasons.