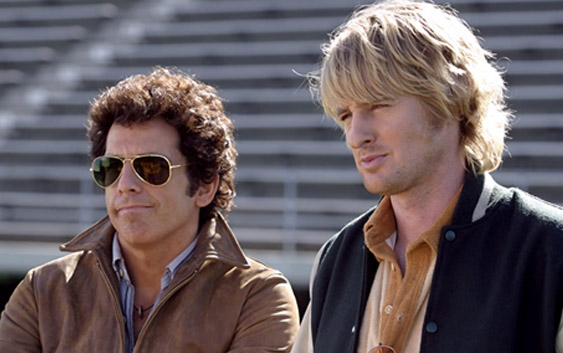 Set in the 1970s in a metropolis called "Bay City," this is the tale of two police detective partners, Ken "Hutch" Hutchinson, and Dave Starsky, who always seem to get the toughest cases. They rely on omniscient street informer Huggy Bear and race to the scene of the crimes in their souped-up 1974 Ford Torino hot rod, telling the story of their first big case, which involved a former college campus drug dealer who went on to become a white collar criminal.

John Quincy Archibald's son Michael collapses while playing baseball as a result of heart failure. John rushes Michael to a hospital emergency room where he is informed that Michael's only hope is a transplant. Unfortunately, John's insurance won't cover his son's transplant. Out of options, John Q. takes the emergency room staff and patients hostage until hospital doctors agree to do the transplant.

Nels has just been honored as citizen of the year for his hard work, keeping the roads snow free at an exclusive Snow resort near Denver Colorado. When his son is murdered on the orders of a vicious Drug Lord nicknamed Viking, Nels takes vengeance on each of the men involved, moving up the chain of command with each killing.

A mysterious man who has multiple jobs as a garage mechanic, a Hollywood stuntman and a getaway driver seems to be trying to escape his shady past as he falls for his neighbor. Meanwhile, his garage mechanic boss is trying to set up a race team using gangland money, which implicates our driver as he is to be used as the race team's main driver. Our hero gets more than he bargained for when he meets the man who is married to the woman he loves.

Consummate con man Roy Courtnay has set his sights on his latest mark: the recently widowed Betty McLeish, worth millions. But this time, what should have been a simple swindle escalates into a cat-and-mouse game with the ultimate stakes.

Groups of people - colonies - are forced underground due to another ice age. Colony 7 goes to check on Colony 5, which they lost contact with. When they get there they find that the colony has fallen and there is a whole new enemy that they have to face on their way back.

Eisenheim is a magician in early 1900's Vienna, who falls in love with a woman well above his social standing. When she becomes engaged to a Crown Prince, Eisenheim uses his powers to free her and undermine the stability of the royal house of Vienna.

Bernie Mac is a world famous stand-up comedian living the good life in his Los Angeles home complete with beautiful wife, Wanda, and a hi-tech SUV. Then one day, Bernie's sister, in Chicago, is sent to rehab for drug use and her three children: teenage Vanessa, asthmatic wheezing Jordan and sweet, innocent Bryana, are put into Bernie's custody. Raising kids is hard! Especially these kids.