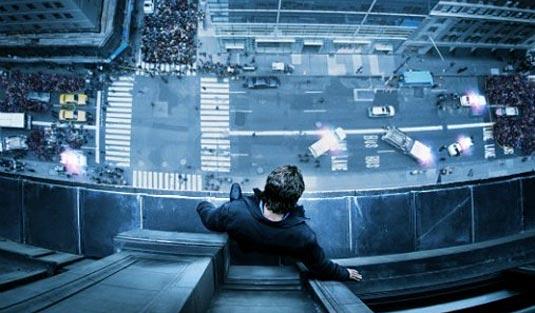 Born half-man/half-god and imbued with awe-inspiring superhuman strength, Hercules (Kellan Lutz) falls into a forbidden romance that quickly incurs the wrath of his calculating stepfather, the King. Subsequently exiled and forced into slavery, the heroic Hercules fights for his life as a gladiator, and vows to free his people from the tyranny of the evil monarch.

Harry Turner works for the CIA like his father, Leonard. When his father and an important piece of hardware that his father's been guarding have both been taken by a group of terrorists, it's up to Harry to launch his own rescue operation when he learns that there is no plan for his father to be saved.

Professional driver Frank Martin is living in Miami, where he is temporarily filling in for a friend as the chauffeur for a government narcotics control policymaker and his family. The young boy in the family is targeted for kidnapping, and Frank immediately becomes involved in protecting the child and exposing the kidnappers.

A group of people get trapped in a supermarket after a tsunami hits the coast of Queensland, Australia. But they soon find out that they have more to worry about than being in a flooded grocery store - there are 12 foot sharks swimming around them, and they're hungry. Is there an escape from the razor-sharp teeth of the ultimate apex predator?

A man checks into a hotel and then goes out onto the ledge. When the police are called in, the man says he will only talk to Detective Lydia Mercer, a police negotiator. Mercer's last negotiation didn't end well. They eventually learn he's a cop who was convicted of stealing a valuable diamond, which he denies. It seems he just escaped from prison and he says he's trying to prove his innocence.

A 39-year-old single woman named Kat struggles every day against society and her mother to prove that you can not have everything you want yet still be happy. After leaving her job as a professor at the University of Louisville, she spends the money her parents set aside for her wedding to open a cat café in Louisville, Kentucky.