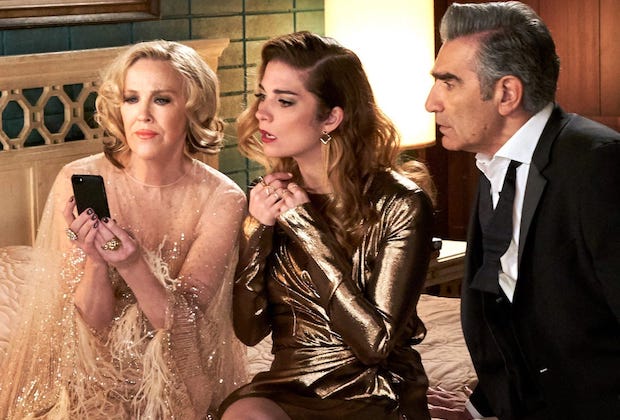 Dave Buznik is a hardworking businessman with a pacifistic nature that has often gotten the best of him. But a simple misunderstanding aboard an airplane quickly escalates into a legal nightmare for Dave. Now, the only way he can avoid jail time is to seek the help of a very unlikely anger management instructor known as Dr. Buddy Rydell. The good doctor's unorthodox methods may just be the perfect antidote for Dave.

Annie is a young, happy foster kid who's also tough enough to make her way on the streets of New York. She sees her life change when business tycoon and New York City mayoral candidate Will Stacks makes a thinly-veiled campaign move and takes her in.

Donald Sinclair owns the biggest, snazziest, flashiest, high rolling-est casino in Las Vegas. He sets up a race for money, the chance to own $2 million. Locked up in a locker in New Mexico, six contestants must now race each other, to be the first to the cash. There are no rules in place and everything that could possibly happen, does. Whilst, behind the scenes, Sinclair's associates are placing their bets.

Jimmy Tong is just a lowly chauffeur for millionaire Clark Devlin, until Devlin has an accident that puts him in the hospital. Tong unknowingly tries on Devlin's tuxedo and finds that it gives extraordinary powers to anyone that dons the suit. This discovery thrusts Tong into world of international intrigue and espionage and pairs him with an inexperienced partner.

Joey Smith, a damaged Special Forces deserter and now a homeless drug addict, wanders London's bustling streets in complete anonymity. Little by little, as Smith struggles to rebuild his shattered life in a stolen identity as an unstoppable Chinese Mafia enforcer, the brutal death of a dear friend forces him to avenge her murder, dragging him deeper and deeper into a dark world of pain, guilt, and suffering.

Kate's dream is to design for couturier houses. Although she is a bright new talent, Kate can't get a job. Reluctantly, Kate joins the family business where she must navigate around her duplicitous stepmother and two wicked stepsisters, but with help from a prince of a guy in the shoe department, a god-brotherly gay pal in the design office, her godmother's vintage clothes, and a shocking switch of identities, Kate saves her father's company and proves that everyone can wear a fabulous dress.

Johnny and Moira Rose are nouveau riche, their wealth largely from Johnny's video store empire, the second-largest in North America. But when the family suddenly find themselves broke, they are forced to leave their pampered lives to regroup and rebuild their empire from within the rural city limits of their only remaining asset - Schitt's Creek, an armpit of a town they once bought as a joke.