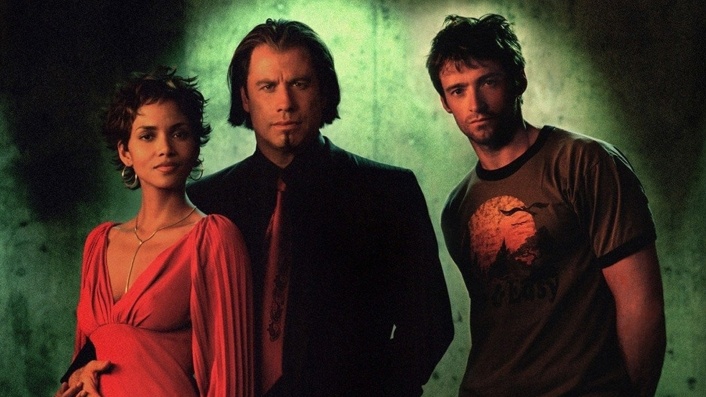 Heaven Is for Real

When their young son Colton enters the hospital with a life-threatening illness, devastated parents Todd and Sonja Burpo don't know if he'll make it out of the operating room alive. But in what Colton's doctors credit as "a miracle," he survives - with an incredible story that seems to confirm the existence of heaven. Later, despite Colton's accurate and intimate revelations about people he has never encountered, skeptics hastily dismiss any possibility that the young boy's fantastical claims could be true. Meanwhile, his astonished parents seek meaning in the alleged miracle that has turned their once-peaceful lives completely upside-down.

An alien couple with cone-shaped heads from the planet "Remulak" is mistakingly ditched on earth. While waiting to be recalled to their mother planet, they start a family and have a little daughter. They try to adapt to earth customs by living in middle-class suburbia. Meanwhile, their daughter grows up to be a teenager who has difficulties fitting in with her peers or accepting the fact that at some point, she has to return to "Remulak" with the rest of the family.

After a stint in a mental institution, former teacher Pat Solitano moves back in with his parents and tries to reconcile with his ex-wife. Things get more challenging when Pat meets Tiffany, a mysterious girl with problems of her own.

Chicago DEA agent John Hatcher has just returned from Colombia, where his partner was killed in the line of duty by a drug dealer who has since been taken down. As a result of his partner's death, John has decided to retire, but his retirement may not be permanent. When a Jamaican drug posse targets him and his family for murder, John is out to hunt down and take them down.

John Triton is a heroic Marine who returns home after being discharged, against his will, from the Iraq War. Stateside, he finds himself back in action, when a group of murderous diamond thieves on the run led by a merciless criminal named Rome has kidnapped his wife and John goes on a chase through the South Carolinian wilderness to retrieve her. With everything on the line, the Marine will stop at nothing to carry out his toughest and most important mission.

Jack Mosley, a burnt-out detective, is assigned the unenviable task of transporting a fast-talking convict from jail to a courthouse 16 blocks away. However, along the way he learns that the man is supposed to testify against Mosley's colleagues, and the entire NYPD wants him dead. Mosley must choose between loyalty to his colleagues and protecting the witness, and never has such a short distance seemed so long..

A covert counter-terrorist unit called Black Cell led by Gabriel Shear wants the money to help finance their war against international terrorism, but it's all locked away. Gabriel brings in convicted hacker Stanley Jobson to help him.

A new FBI profiler, Elizabeth Keen, has her entire life uprooted when a mysterious criminal, Raymond Reddington, who has eluded capture for decades, turns himself in and insists on speaking only to her.