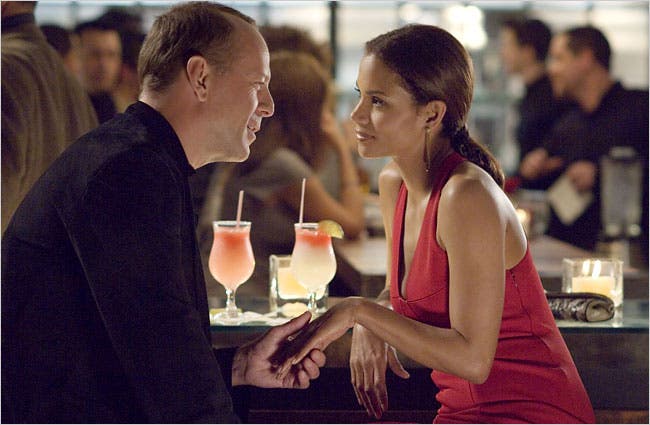 Local waitress Slim Miller discovers that the dream man she married isn't who she thought he was. Slim and her young daughter try to escape, but the now villainous husband pursues her relentlessly. Fearing also for the safety of her daughter, Slim decides that there's only one way out of the marriage: kill him.

A successful FBI profiler, Illeana Scott, is summoned to help out Quebec law enforcement in Montreal. Her task is to hunt down a serial killer who assumes the lives and identities of the people he kills as he travels across North America. This forces Illeana to adjust to working in a strange city with a police team with which she doesn't really fit in.

Sleeping with the Enemy

Laura and Martin have been married for four years. They seem to be the perfect, happiest and most successful couple. The reality of their household, however, is very different. Martin is an abusive and brutally obsessed husband. Laura is living her life in constant fear and waits for a chance to escape. She finally stages her own death, and flees to a new town with new identity. But when Martin finds out that his wife is not dead he will stop at nothing to find and kill her.

A violent teen and three others kidnap a young nurse while escaping from a Texas mental institution. Pursued by a vengeful sheriff, the disturbed young man embarks on a murderous rampage that shapes him into a legendary killer known as Leather face.

Rowena Price is a muckraking reporter for a New York paper. When her story about a closeted gay Senator who preaches family values is spiked, she quits and soon finds herself investigating the grisly murder of a childhood friend.

A British family on Christmas holiday at a beach resort in Thailand is torn apart when a deadly tsunami devastates the area. The film follows the seriously wounded Maria and her eldest son Lucas as they struggle to safety, not knowing whether Maria's husband and their two younger sons are dead or alive.

Peppa is a loveable, cheeky little piggy who lives with her little brother George, Mummy Pig and Daddy Pig. Peppa's favourite things include playing games, dressing up, days out and jumping in muddy puddles. Her adventures always end happily with loud snorts of laughter.