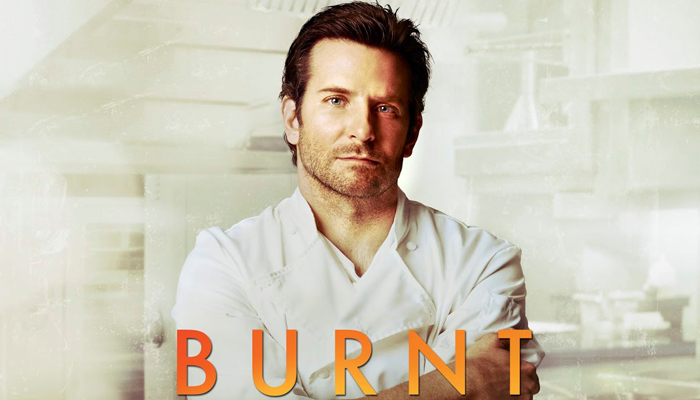 Leopold is an English broke baron living in New York in the end of the Nineteenth Century. He needs to marry a rich fiancée to recover his family position from ruin. Kate is a successful businesswoman living also in New York, but in 2001. Due to a time incident, they meet each other in present day and fall in love to each other.

Adam Jones, a young chef who was once a rising star in the restaurant world, is recovering from a drug addiction that had decimated his promising career. After getting clean he heads to London to take the helm of a top restaurant and is determined to earn it three Michelin stars.

Fred's life becomes like a horror movie: his favorite music teacher is missing and all suspicions point to her replacement, Mr. Devlin, a pale man who dresses in all black and carries an umbrella in the sunlight and Fred suspects that he's a vampire. With the help of his faithful friend Bertha, Fred sets out to save the town from this garlic-hating fiend.

When a C.I.A. Agent is killed during a nuclear arms purchase, his partner, Oakes, recruits his twin brother, Jake Hayes. But Jake had no idea he had a twin brother, let alone that he worked for the C.I.A. When the enemy terrorists learn of his secret identity and kidnaps his girlfriend/fiancée. He has to rescue her and save New York City from an imminent nuclear terrorist act.

Tyler Gage is a troublemaker and street dancer who lives with his foster parents in a lower class neighborhood. He receives the opportunity of a lifetime after vandalizing a performing arts school, for a chance to earn a scholarship and dance with an up and coming ballet dancer, Nora Clark.

Jim Bennett is a risk taker. Both an English professor and a high-stakes gambler, Bennett bets it all when he borrows from a gangster and offers his own life as collateral. Always one step ahead, Bennett pits his creditor against the operator of a gambling ring and leaves his dysfunctional relationship with his wealthy mother in his wake. Further complicating his situation, is his relationship with one of his students. Will Bennett risk his life for a second chance?

Sorry For Your Loss S2

Leigh Shaw, a young widow struggling to put her life back together after her husband's unexpected death. The series dives into grief as an unavoidable, universal, transformative part of life. Leigh's journey shows that grief is not something to merely endure, medicate away, or "muscle through," but an essential part of the human experience.