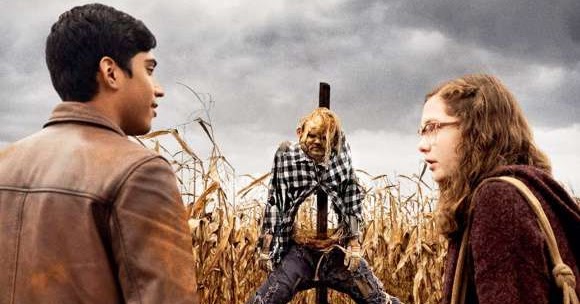 Noah is a college student who has been suspended and now lives with his mom. After a disagreement with her, he's lured into taking a babysitting job caring for the unruly kids of Mrs. Pedulla. When he gets a booty call from his girlfriend, Marissa, he steals Mrs. Pedulla's car and takes the kids to the city. His adventure spins out of control and he finds himself fully unprepared for the wild night ahead of him.

An unlikely basketball team of unappreciated middle-aged Texas women, all former high school champs, challenge the current arrogant high school girls' state champs to a series of games to raise money for breast cancer prevention. Sparks fly as these marginalized women go to comic extremes to prove themselves on and off the court, and become a national media sensation.

Walter has had a hard life, growing up with an irresponsible mother. Before going on yet another husband-hunting trip, she drops him off at the house of his great-uncles Hub and Garth. Though reluctant to put up with him at first, Hub and Garth grow to accept Walter, and even tell him fantastic stories of their life.

2013 in post-apocalyptic America, an unnamed wanderer retrieves a Postman's uniform and undelivered bag of mail. He decides to pose as a postman and deliver the mail to a nearby town, bluffing that the United States government has been reinstated and tricking the town into feeding him. However, he reluctantly becomes a symbol of hope to the townspeople there who begin to remember the world that once was and giving them the courage to stand up to a tyrannical warlord and his army.

Elektra the warrior survives a near-death experience, becomes an assassin-for-hire, and tries to protect her two latest targets, a single father and his young daughter, from a group of supernatural assassins.

The Cold Light Of Day

Young Wall Street trader, Will Shaw, is in for a shock when some powerful opponents abduct his family during a sailing trip in Spain. Now, as Will and his father, Martin Shaw, find themselves dragged into a dangerous cat-and-mouse game fanned by a sinister government conspiracy, a stolen briefcase becomes a pole of attraction to the ruthless kidnappers who are willing to go to great lengths to retrieve the mysterious valise.

Scary Stories To Tell In The Dark

In 1968, Mill Valley, Pennsylvania, the outcast teenager, Stella Nicholls, is an aspirant writer that has only two friends, Auggie and Chuck. On the Halloween night, the trio of friends decide to play a prank on the bully, Tommy Milner, and flee to a drive-in theater where the stranger, Ramón Morales, hides and protects the teenagers. They decide to spend the night visiting the haunted house of the Bellows family, where Stella finds the book of stories of the notorious, Sarah Bellows. She brings the book home and soon she realizes that Sarah is writing one horror story per day with each one of them and she tries to find a means to stop Sarah.

When retired Los Angeles businessman, Neil Bremer, decides to run for mayor, he surprises everyone and wins the seat. With great ideas and commitment to the community, he optimistically sets out to get to work shaking up City Hall. However, he quickly discovers navigating politics is not business as usual. Luckily, he can rely on the know-how of his political-veteran deputy Arpim whose savvy and ambition make her equal parts friend and foil. His offbeat staff helps keep him on the right path, as well as some inspiration from his teenage daughter.