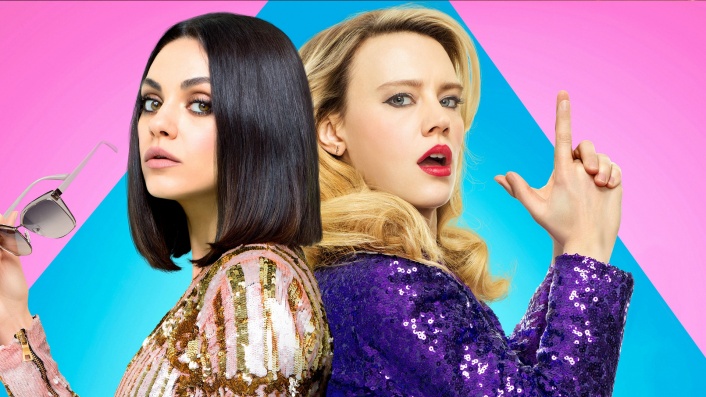 Nerdy, reserved bookworm Needy Lesnicki, and arrogant, conceited cheerleader Jennifer Check are best friends, though they share little in common. They share even less in common when Jennifer mysteriously gains an appetite for human blood after a disastrous fire at a local bar. As Needy's male classmates are steadily killed in gruesome attacks, the young girl must uncover the truth behind her friend's transformation and find a way to stop the bloodthirsty rampage before it reaches her own boyfriend Chip.

Garfield the lazy cat has anything a cat could want. But he gets something he doesn't want, a dog named Odie that Jon Arbuckle brought home from veterinarian Liz. But after Odie runs away, Garfield is annoyed by all this and he goes to rescue Odie himself.

The Spy Who Dumped Me

Audrey discovers her awful ex Drew is secretly a spy when he shows up at her door with deadly assassins on his tail. Now a target as well, she and her fearless best friend Morgan must go on the run across Europe. The hapless, untrained pals team up with a British agent who helps them navigate the world of international espionage.

A bad deed on the part of a tough minor-league hockey player results in an unusual sentence: He must serve one week as a real-life tooth fairy.

Four middle-aged men decide to take a road trip from Cincinnati to the Pacific in order to get away from their lives which are leading them nowhere. Taking their motorcycles, these "Wild Hogs" tear up the road and eventually stop in New Mexico for a drink not knowing that the bar belongs to the "Del Fuegos", a mean biker gang. When the Del Fuegos steal a bike that belongs to the Wild Hogs, the four men form a plan to steal their bike back.

Anna is a young beautiful girl who managed to make a career in the fashion world. More recently, she was a simple model from Moscow, but in a very short time, she was able to enter the elite. Once she entered the hotel of an influential and very dangerous person, after which a whole mountain of corpses was discovered there. The girl is being interrogated by special services, but she has absolutely nothing to tell them on this fact. She looks scared, and no one suspects her. Anna goes free and begins preparing for a new business. Under the guise of a fragile beauty, is hiding the world's most dangerous assassin, who has not yet misfired.

Mike Harrigan, a brash policeman who is fighting drug lords in a decaying L.A. finds that the criminals are being killed in a very odd fashion. The federal authorities keep telling him to stay out, even though his own men are also being killed. He catches sight of a nearly invisible alien hunter who is searching for trophies. Harrigan injures the creature and pursues it, becoming the hunter.

Set in Chicago, Chicago Med is the third series in Dick Wolf's Chicago franchise. It focuses on the emergency department at Gaffney Chicago Medical Center and on its doctors and nurses as they work to save patients' lives.