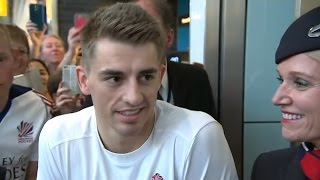 The series follows the life of Aurelio Casillas (Rafael Amaya), a drug lord who is recognized for knowing how to transfer drug substances to Mexico, Colombia, and the United States. Aurelio and his wife Ximena (Ximena Herrera) have three children, Rutila (Carmen Aub), Heriberto (Ruy Senderos), and Luz Marina (Gala Montes). He also has his faithful brother Chacorta (Raúl Méndez) who helps him in all his illicit businesses. Aurelio would end up being cornered by the authorities after being found as he decides to undergo a face operation in which he supposedly dies, thus causing his empire of power to fall. (Wikipedia)