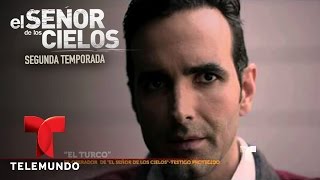 In season two, believed to be dead, Aurelio returns to enact his revenge on police officer Leonor Ballesteros (Carmen Villalobos), who through her fault ends up operating his face in a failed attempt to escape from the authorities. Aurelio meets Victoria Navárez (Marlene Favela), a beautiful woman who throws herself to be the governor of Mexico, Aurelio after seeing her actions falls in love and decides to deceive her by posing as another man and usurping the identity of Danilo Ferro. To the arrival of the new personages also is José María "Chema" Venegas (Mauricio Ochmann), one of the great enemies of Aurelio who decides to take all its power to Aurelio. (Wikipedia)