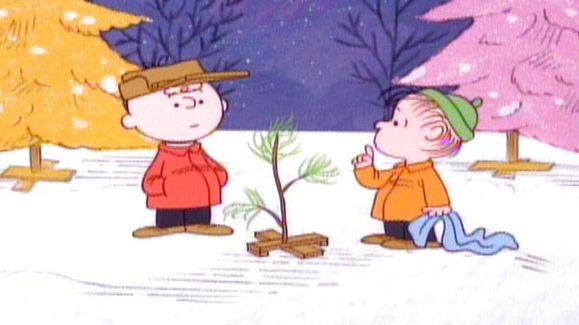 A Charlie Brown Christmas is a 1965 animated television special, and is the first TV special based on the comic strip Peanuts, by Charles M. Schulz. In this special, Charlie Brown finds himself depressed despite the onset of the cheerful holiday season. Lucy suggests he direct a neighborhood Christmas play, but his best efforts are ignored and mocked by his peers. After Linus tells Charlie Brown about the true meaning of Christmas, Charlie Brown cheers up, and the Peanuts gang unites to celebrate the Christmas season. (Wikipedia)