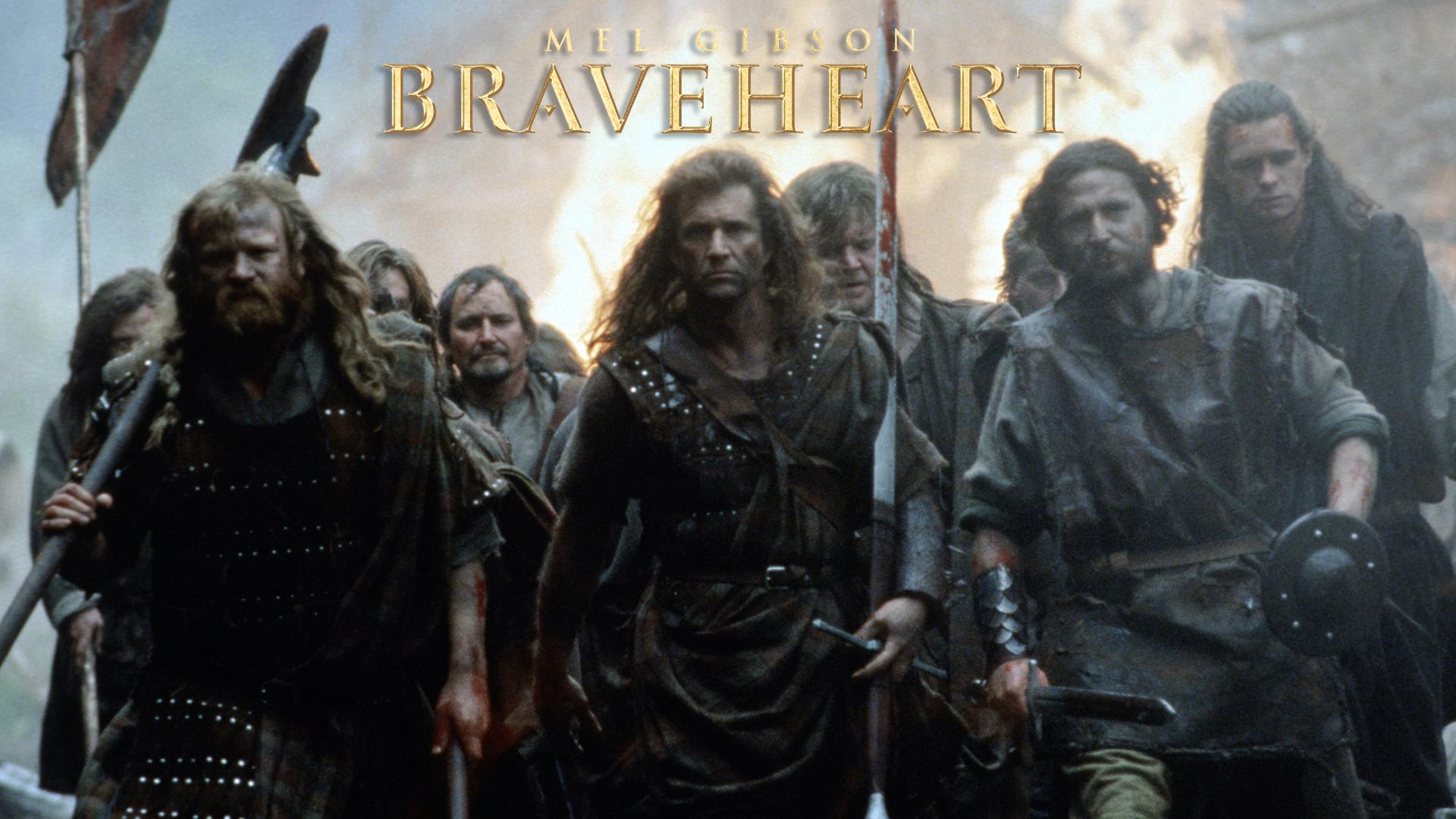 Braveheart is a 1995 American epic war film directed and co-produced by Mel Gibson, who portrays William Wallace, a late-13th-century Scottish warrior. The film is fictionally based on the life of Wallace leading the Scots in the First War of Scottish Independence against King Edward I of England. When English soldiers rape and executes his wife, Wallace leads his clan to slaughter the English garrison occupying his hometown and continues his fight to expel the English from Scotland. The movie won Best Picture at the 68th Academy Awards. (Wikipedia)