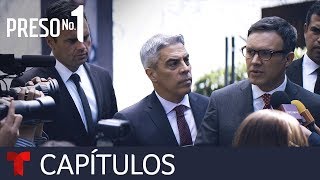 Preso No. 1 is an American political thriller television series produced by Keshet International and Telemundo Global Studios based on an original idea of idea by Shira Hadad and Dror Mishani who are also executive producers.

Carmelo Alvarado is a man of humble origins and firm values who, thanks to his charisma and intelligence, becomes the president of Mexico. Carmelo is accused and imprisoned unjustly for a millionaire fraud he did not commit, causing a scandal in the country. However, Carmelo will fight against the corrupt system behind the fraud scheme to clear his name for the honor of his country and his family. (Wikipedia)