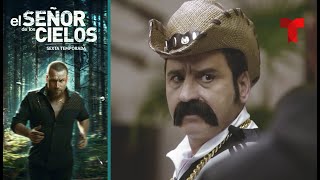 In season six, Aurelio Casillas recovered all the lost fortune and finally feels the need to retire. But it is time for retribution, the hatred that he sowed since he sold his soul to the drug trafficking demon is now knocking on his door with the face and blood of the many innocent people he destroyed. Aurelio will understand that his riches are an illusion, and that after being the great hunter he was, he will now become the prey. The women he mistreated, the men he betrayed, the political puppets he put in power, and even his own children will turn against him. (Wikipedia)