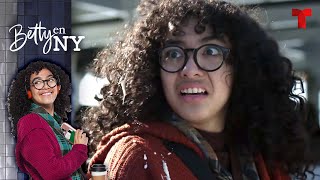 The series revolves around Beatriz Aurora Rincón Lozano, an intelligent and capable young Mexican woman who lives in New York City who goes after her dreams, overcoming prejudices in a world where image is everything. After suffering six months of rejection in all jobs that she applies due to her lack of physical attractiveness, Betty decides to accept a job far below her abilities. Thus, after entering the sophisticated fashion company V&M Fashion, she becomes the personal secretary of the company president. Although she is ridiculed and humiliated on a daily basis for being completely lacking in style, Betty is more than willing to not be defeated in this ruthless war of appearances. While she is extremely competent and has great plans for personal growth, none of her many qualities will be able to help Betty find true love. (Wikipedia)