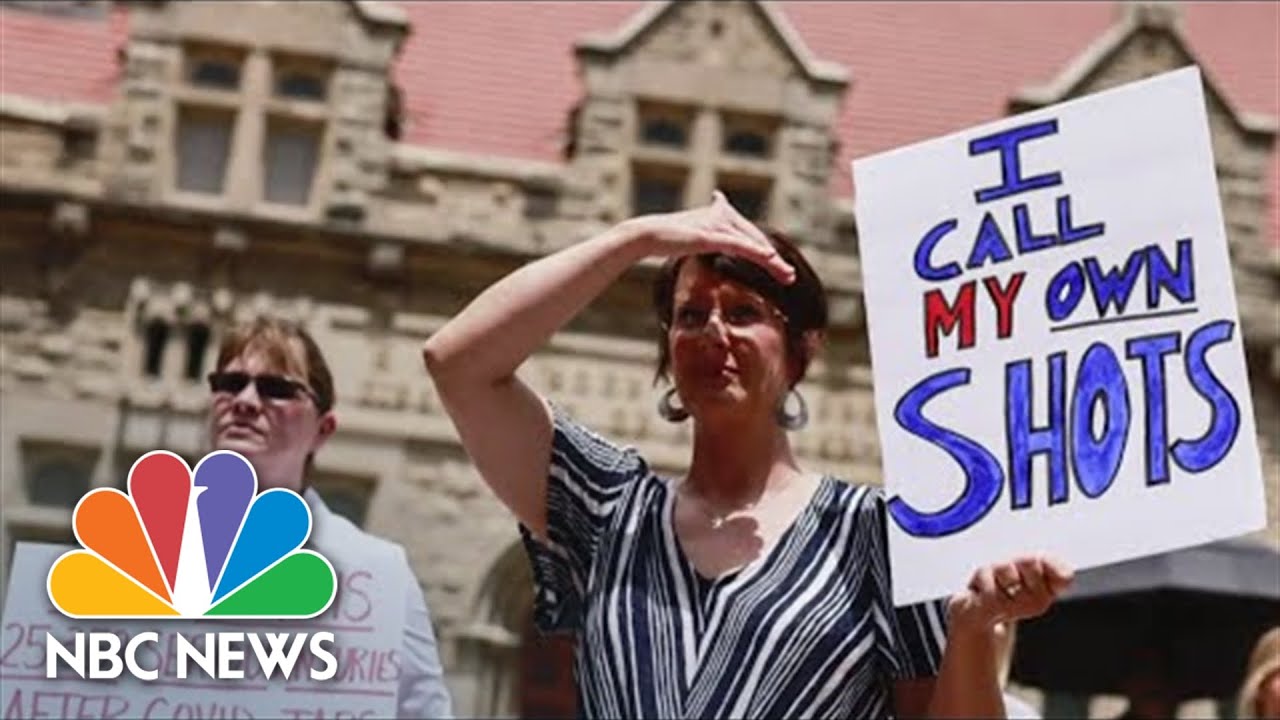 Politico - Supreme Court Justice Stephen Breyer this week defended himself against some progressives’ calls for him to step down while both a Democratic president and Democratic Senate are in power. “I didn't retire because I had decided on balance I wouldn't retire,” Breyer said in an interview on “Fox News Sunday.” The 83-year-old justice later went on to echo his previous statements on the subject, saying he doesn’t “intend to die on the court.”

New COVID FDA Warning For Children 12 And Under

WebMD - Though parents may be worried, they should not ask their health care providers to give a COVID-19 vaccine to children under 12 until the government approves a vaccine for that age group, the U.S. Food and Drug Administration warned this week in a statement. FDA Commissioner Janet Woodcock, MD, and Peter Marks, MD, of the FDA’s Center for Biologics Research and Evaluation said that while they hoped a vaccine for younger children would be authorized in coming months, they were unable to say when that might happen. “Children are not small adults – and issues that may be addressed in pediatric vaccine trials can include whether there is a need for different doses or different strength formulations of vaccines already used for adults,” Woodcock and Marks said.

BBC - North Korea was seen testing a new long-range cruise missile capable of hitting much of Japan, state media said this week. The weekend tests saw missiles travelling up to 1,500km (930 miles), the official KCNA news agency reported, adding that the missiles could prove to be a "strategic weapon of great significance". The US military also chimed in, saying that the latest tests posed threats to the international community, and neighboring Japan said it had "significant concerns".

FOX - On "America's Newsroom" this week, former Labor Secretary Eugene Scalia explained just how 'vulnerable' the Biden administration's vaccine mandate is to legal challenge because of the emergency standard the White House is using to justify the move. Scalia went onto urging Biden to allow public comment on the matter because of the significant influx of questions surrounding the mandate. "These emergency standards in the past, when they've been adopted by the Labor Department, have proved to be very vulnerable in the courts, which I think it part of the reason you're hearing the criticisms now. Workers and businesses have a lot of questions about how this is going to be implemented, what the exact requirements are going to be, and it would be better if the Labor Department would give people a chance to provide their input."

CNBC - Gavin Newsom safely survived a Republican attempt to remove him from office as California’s governor, ensuring that the Democrat can serve out the rest of his term as the top official in the nation’s most populous state, according to an NBC News projection. With 70% of the expected vote counted this week, Newsom led with 5.8 million, or 63.9%, against removing him from office, compared with 3.3 million, or 36.1%, in favor of the recall. ″‘No’ is not the only thing that was expressed tonight,” Newsom said late Tuesday while thanking voters.

Getting Fined For Mandating Employee Vaccinations

CBS - Florida Governor Ron DeSantis said this week that in an effort to "stand up for freedom," the state will be fining any local government that requires their employees to be vaccinated against COVID-19. "If a government agency in the state of Florida forces a vaccine as a condition to employment, that violates Florida law and you will face a $5,000 fine for every single violation," DeSantis said during his announcement. "And so if you look at places here in Alachua County, like the city of Gainesville, that's millions and millions of dollars potentially in fines."

FOX - The number of migrants, predominantly from Haiti, waiting under the International Bridge in Del Rio, Texas has doubled to more than 8,000 in a single day, with sources telling Fox News that the situation is "out of control". Shortly after the news coverage, Republicans immediately pointed to the shocking drone footage captured by Fox News as proof that Biden's strategy is simply not working. "The Biden Border Crisis continues to spiral out of control," tweeted Rep. Yvette Herrell, R-N.M.

NBC - An influential Food and Drug Administration advisory committee rejected this week a proposal to distribute booster shots of Pfizer and BioNTech’s Covid-19 vaccine to the general public, paring back those plans to unanimously recommend the third shots only to people age 65 and older and other vulnerable Americans. “It’s likely beneficial, in my opinion, for the elderly, and may eventually be indicated for the general population. I just don’t think we’re there yet in terms of the data,” said Dr. Ofer Levy, a vaccine and infectious disease specialist at Boston Children’s Hospital.

ABC - A police search remains underway in a "vast" Florida preserve after the family of Brian Laundrie, the boyfriend of 22-year-old Gabby Petito, who went missing while the couple was on a cross-country trip, said his whereabouts are now unknown as well. "Be advised that the whereabouts of Brian Laundrie are currently unknown," an attorney for the family said this past Friday. "The FBI is currently at the Laundrie residence removing property to assist in locating Brian. As of now the FBI is now looking for both Gabby and Brian."

CBS - Employers in the past have generally been inclined to give its workers the benefit of the doubt and to accept any requests on the basis of religious beliefs as genuine. But now given the high-stakes nature of the coronavirus, employers are now giving such requests a second look. "The employer generally has to go with the idea that the employee's request is based on their sincerely held religious belief. But if the employer has an objective basis for questioning its sincerity, the employer is justified to seek additional information," said Keith Wilkes, an employment attorney at Tulsa, Oklahoma-based firm Hall Estill. "It is always possible that a local church or temple does in fact espouse a view that vaccination is contrary to religious beliefs, so there is room for the employer to dig deeper on those sorts of requests."