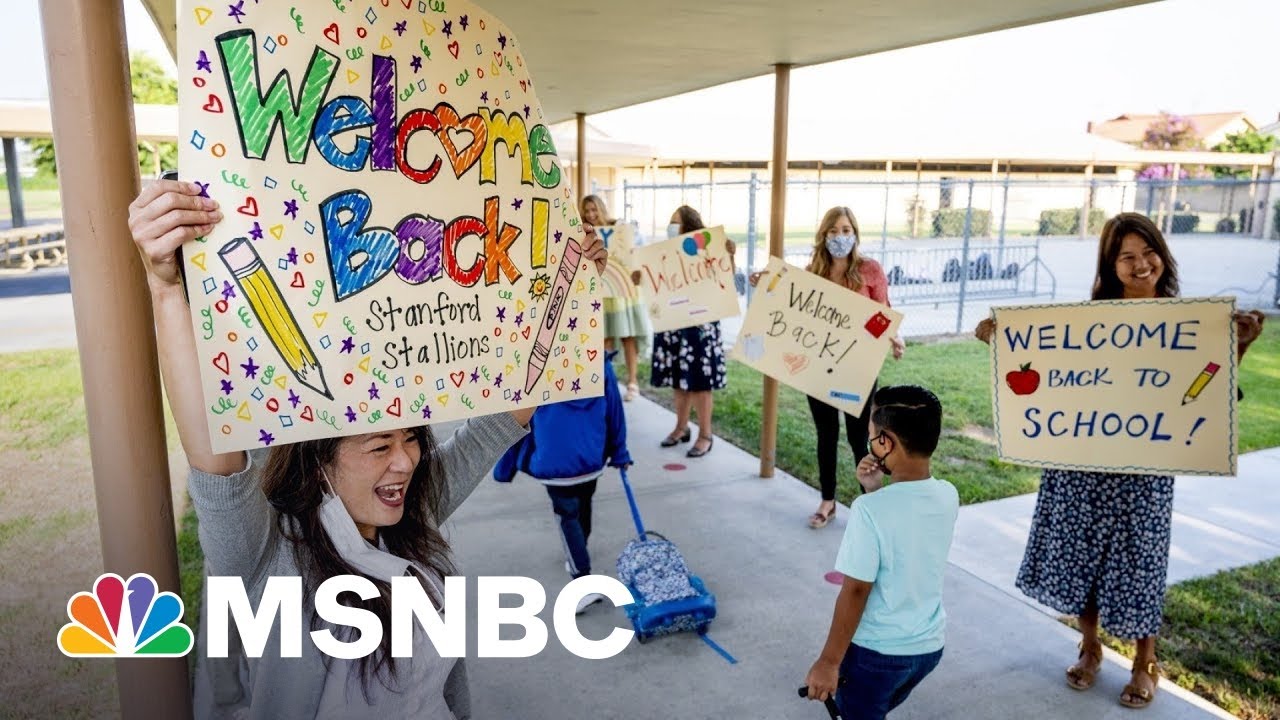 BBC - A drone was able to capture a once-in-a-lifetime moment this week when a paddle boarder had a close encounter with two curious whales in Argentina. The drone footage was captured by photographer Maxi Jonas who spotted the Southern Right Whales playfully swimming beneath the board of Analia Giorgetti. Analia Giorgetti, the paddle boarder who decided to go out on the water on her birthday, says it was "privilege" and a "magical moment".

The Ever Controversial Ivermectin

CBS - Doctors are reportedly still being pushed by some of their patients to prescribe them Ivermectin as a means of treating their COVID-19 afflictions. The controversy currently surrounding Ivermectin, a drug typically used to treat certain parasitic roundworm infections for horses, is that the drug remains to be an "unproven" medication for the coronavirus, despite its uncanny popularity. Arthur Caplan, the director of the division of medical ethics at New York University's Grossman School of Medicine, joined CBSN this week to explain why this drug is dangerous and how some doctors are feeding into misinformation.

ABC - Sen. Bill Cassidy, R-La., told ABC News this week that Pres. Biden, along with some Democrats, are using the outcry over the new Texas abortion law to distract from other issues including Afghanistan "(The Supreme Court's decision) had nothing to do with the constitutionality of Roe v. Wade, it was only on if the plaintiffs had standing, people are using it to gin up their base to distract from disastrous policies in Afghanistan, maybe for fundraising appeals," Cassidy said. "I wish we'd focus on issues as opposed to -- as opposed to theater."

USNews - There have now been more than 40 million cases of COVID-19 recorded among Americans, according to a database maintained by The New York Times. That's nearly one-fifth of the global total of cases! To add insult to injury, with the Delta variant of the SARS-CoV-2 virus continuing its steady propagation throughout the United States, and about 47% of the eligible population still not fully vaccinated, COVID-19 has effectively roared back over a summer that began with Americans hopeful that the worst was behind them.

TIME - An estimated 8.9 million people have just lost all unemployment benefits this week. And while other aspects of pandemic assistance including rental aid and the expanded Child Tax Credit are still widely available, untold millions of Americans was forced to face Labor Day with a suddenly shrunken social safety net. “This will be a double whammy of hardship,” said Jamie Contreras, secretary-treasurer of the SEIU, a union that represents custodians in office buildings and food service workers in airports. “We’re not anywhere near done. People still need help. … For millions of people nothing has changed from a year and a half ago.”

Is Social Media Being Used To Censor Americans?

FOX - "Woke Inc." author Vivek Ramaswamy called out Big Tech censorship on behalf of the federal government during an interview on "America's Newsroom" this week, saying "George Orwell is rolling in his grave" over the coordination between the two. Ramaswamy went on to explain that the hybrid relationship is a real threat to individual liberty. This is all just days after a Gold Star mom was temporarily kicked off of Instagram after blaming the Biden Admin. for her son's death in Afghanistan.

Everything There's To Know About The Mu Variant

11Alive - While the delta variant remains the most dominant and concerning coronavirus strain, the World Health Organization (WHO) has recently added the new “mu” variant, also known as B.1.621, to a list of “variants of interest.” The Mu variant have limited spread but are contributing to "an increased proportion of cases" or "outbreak clusters," according to the Centers for Disease Control (CDC). And while the CDC have said that Mu isn’t an immediate threat in the U.S. as it only accounts for less than 0.1 percent of all COVID cases in the country, the agency is monitoring closely as cases continue to emerge.

A New Government In Afghanistan

Aljazeera - The Taliban has just appointed Mohammad Hasan Akhund, a close aide to the group’s late founder Mullah Omar, as head of Afghanistan’s new caretaker government. The list of cabinet members announced by chief spokesman Zabihullah Mujahid this week was not only dominated by members of the group’s old guard as well, but notably, with no women included. “The Islamic Emirate decided to appoint and announce a caretaker cabinet to carry out the necessary government works,” said Mujahid, who named 33 members of “the new Islamic government” and said the remaining posts will be announced after careful deliberation.

USATODAY - Pres. Biden initiated a nationwide mandate to fight the COVID-19 pandemic this week, ordering American employers with 100 or more workers to ensure their workforce is entirely vaccinated. Biden's six-part plan is expected to affect nearly 80 million Americans, including government employees who also fall under the mandate. But what are the consequences for someone who doesn't comply? Is a failure to meet the mandate the same as breaking the law?

FOX - In an exclusive interview with "Gutfeld!" this week, former Pres. Trump pointed out that political correctness and "woke" thinking, notably the subject of critical race theory in school curriculums, were kept in check under his administration. "Woke means you’re a loser," Trump said. "I’m watching parents in Virginia – they’re tired of it. They don’t want it. They’re finally getting it… They’re throwing these maniacs out and it’s been great to watch."