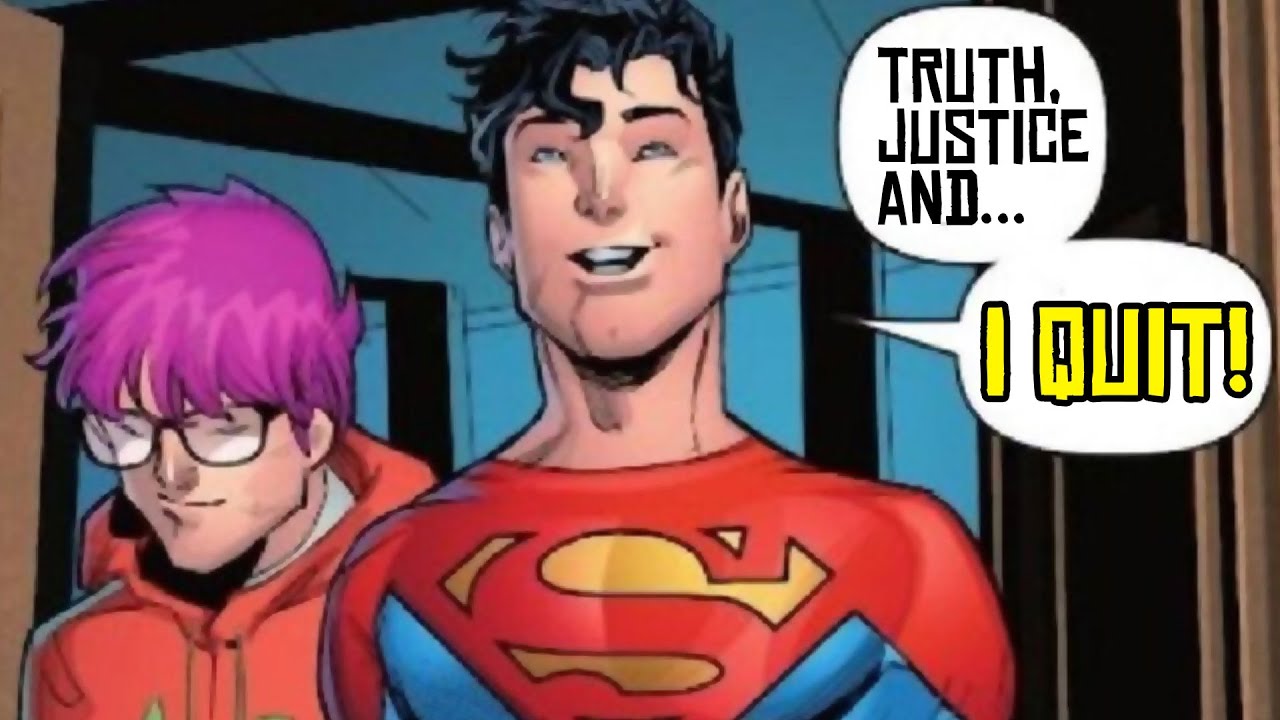 CNN - Big cities across America are now forcing employees to get vaccinated as part of their jobs, and as a result, many police unions are pushing back, driven by a mix of anti-vaccine ideology and principled disagreement over changing workplace rules abruptly. And while it's not clear how many unions across the country are pushing back against vaccine mandates, police unions from Seattle to Chicago to Baltimore have all reportedly resisted mandatory vaccines thus far. "We have to protect jobs. Whether it's one or a couple hundred. That's our mission here, to protect jobs. It's not vaccinated versus unvaccinated," said Mike Solan, Pres. of the officers' union in Seattle. "It's about the mandate in and of itself is a problem and they need to bargain this. Jobs are on the line. That's our purpose as a union."

FOX - At DC’s FanDome event this past week, DC Comics officially announced that Superman’s longtime motto, “truth, justice and the American way”, has been being updated to better reflect his international storylines and appeal. “Superman’s new motto of ‘Truth, Justice and a Better Tomorrow’ will better reflect the global storylines that we are telling across DC and to honor the character’s incredible legacy of over 80 years of building a better world,” said Jim Lee, DC Chief Creative Officer, in a statement also shared to the DC Comics Blog. “Superman has long been a symbol of hope who inspires people from around the world, and it is that optimism and hope that powers him forward with this new mission statement.”

The Mass Protests In Puerto Rico Over Energy Crisis

ABC - Puerto Rico has had an unfortunate long history of instability with its electric system, even prior to the devastation Hurricane Maria wreaked in 2017, which left millions on the island without power for nearly a year. Despite this, blackout and brownouts remain a part of daily life for Puerto Rico's citizens, with a recent power outage now having affected thousands this past week. "Luma out" and "If I can't breathe, Luma shouldn't charge us," read some of the banners held by hundreds of Puerto Rico's residents as they marched on a main highway in protest against Luma Energy, the island's power company.

KTLA - Across the state of California, some parents opted to keep their children home from school and gathered to protest Gov. Gavin Newsom’s COVID-19 vaccine mandate for students this week. “To me, the most important right that I have not only as an American or as a Californian but as a human, is those that pertain to my ability to protect my children,” Moms on the Ground cofounder and Orange County resident Parisa Fishback said. “If I’m going to be stripped of that right, well then I have to take a stand because what’s next? What are they going to take next?”

Trump Responds To The Death Of Colin Powell

ChicagoDefender - In the midst of the outpouring of love and support for the late Colin Powell’s family this week, former Pres. Trump voiced out some issues with how the former Joints Chiefs of Staff chairman was being remembered. “Wonderful to see Colin Powell, who made big mistakes on Iraq and famously, so-called weapons of mass destruction, be treated in death so beautifully by the Fake News Media. Hope that happens to me someday,” Trump said in a statement obtained by The Hill. “He made plenty of mistakes, but anyway, may he rest in peace!”

NYP - Planeloads of underage migrants are reportedly being flown secretly into suburban New York in an effort by Pres. Biden’s administration to quietly resettle them across the region, The Post has learned this week. A source familiar with the operation at the Westchester airport said the underage migrants typically arrive carrying backpacks and are bused to locations including the Bronx, Brooklyn, Queens, upstate Newburgh, and Bridgeport and Danbury in Connecticut. Republican Florida Gov. Ron DeSantis, for one, expressed outrage at The Post’s findings, with a spokeswoman saying: “If the Biden Administration is so confident that their open-border policy is good for our country, why the secrecy?”

CBS - The human remains found this week at a Florida reserve have since been confirmed to belong to Brian Laundrie, the FBI said. The discovery comes after a weeks-long manhunt at the Carlton Reserve following the disappearance and death of Laundrie's 22-year-old fiancée, Gabby Petito. "A comparison of dental records confirmed that the human remains found at the T. Mabry Carlton, Jr. Memorial Reserve and Myakkahatchee Creek Environmental Park are those of Brian Laundrie," the bureau said. At this time, while both the Laundrie family and the Petito family have been informed of the findings, neither family have responded to requests for comment.

TheHill - Senate Republicans this week blocked Democrats from advancing a revised bill to overhaul federal elections, effectively marking the latest blow to hopes of getting voting legislation to Pres. Biden. The Senate voted 49-51 to end the debate on whether to bring up the bill, known as the Freedom to Vote Act, falling short of the 60 needed. “For every two steps forward, sometimes there are those who try to pull us one step back. Unfortunately, we find ourselves today in the midst of such a struggle. Across the country, the Big Lie – the Big Lie – has spread like a cancer as many states across the nation have passed the most draconian restrictions against voting that we’ve seen in decades. If nothing is done, these laws will make it harder for millions of Americans to participate in their government,” Senate Majority Leader Charles Schumer (D-N.Y.) said this week.

FOX - North Carolina parents attending a high school football game this week were stunned by a banner implying a Catholic high school was privileged and populated with "rich, White" families. "Sniff, Sniff. You smell that? $Privilege$," read a banner held by cheerleaders from Butler High School near Charlotte, WBTV reported. "The thing that was so disturbing was it was children," Melissa Swanson, a parent who attended the football game with her son, said. "Whether they are high school, elementary school or middle school – they’re children. The administration, the coaches, the athletic director – they had to know it."

CNBC - Kid-size doses of Pfizer's COVID-19 vaccine is now seemingly safe for children as new study details show that it is nearly 91% effective at preventing symptomatic infections in 5- to 11-year-olds. In addition, young children who were given the low-dose shots developed coronavirus-fighting antibody levels just as strong as teens and young adults who got regular-strength vaccinations. At this time of writing, more than 25,000 pediatricians and primary care providers have already signed up to get the shots into little arms.