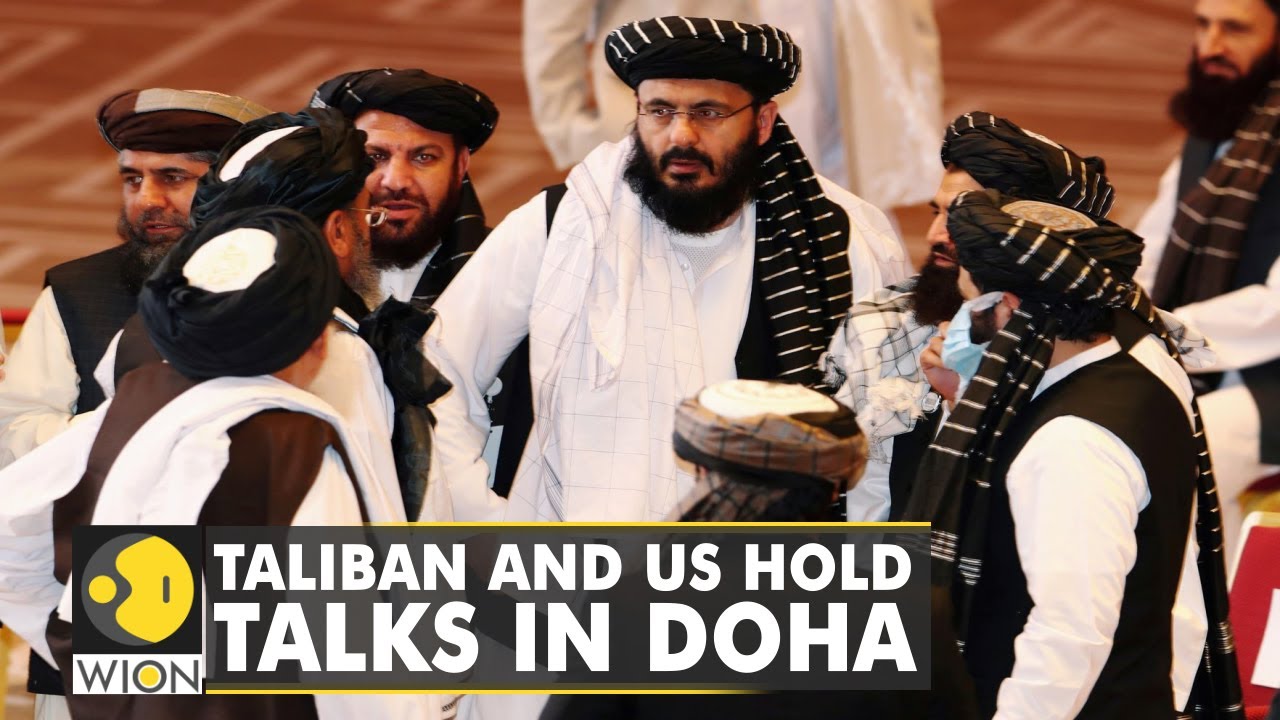 U.S. Officials' Meetings With The Taliban

CBS - A U.S. delegation led by CIA Deputy Director David Cohen sat down with the Taliban this week in the first known meeting since Kabul fell. According to a U.S. official, the White House decided to position the CIA in a lead role in part to signal that the engagement was to be focused on terrorism. A State Department official described the engagement as pragmatic in nature and focused on "issues of U.S. vital national interest."

APNews - Protests erupted in Italy this week as one of the most stringent anti-coronavirus measures in Europe went into effect, requiring all workers, from magistrates to maids, to show a health pass to get into their place of employment. The so-called “Green Pass” shows proof of vaccination, a recent negative test or of having recovered from COVID-19 in the past six months. “We are not here to make violence or anything like that, we are here because they are taking away our rights and we can’t even go to work anymore,” complained protester Elena Campisi.

FOX - The Department of Homeland Security announced this week that it will be cancelling border wall contracts in the Laredo and Rio Grande Valley sectors of the southern border. "Consistent with the Department of Homeland Security’s (DHS) border barrier plan, U.S. Customs and Border Protection (CBP), in coordination with the U.S. Army Corps of Engineers (USACE), intends to cancel the remaining border barrier contracts located within U.S. Border Patrol’s (USBP) Laredo Sector and all border barrier contracts located in the Rio Grande Valley Sector," DHS state in a press release. The release added that the Border Patrol "will then begin environmental planning and actions consistent with the National Environmental Policy Act (NEPA) for previously planned border barrier system projects located within the Rio Grande Valley, Laredo, and El Centro Sectors;" those actions "will not involve any construction of new border barrier or permanent land acquisition."

Should Kids Be Vaccinated Against COVID-19?

NBC - The White House told governors this week to start preparing to vaccinate children as young as 5 by early next month in anticipation of clearance of Pfizer's COVID vaccine for the age group in the coming weeks, a White House official said. The Biden administration has reportedly purchased 65M pediatric doses of the Pfizer/BioNTech vaccine, enough to vaccinate the estimated 28 million children who would be eligible should the Food and Drug Administration approve Pfizer's request to vaccinate children ages 5 to 11, said an official of the Department of Health and Human Services. Meanwhile, a CBS News polling reveals many parents of young children remain unsure as to whether or not they'll opt to get their kids vaccinated against COVID-19.

USAToday - At least two people were unfortunately killed after a small plane crashed into multiple homes and vehicles in a suburban Southern California neighborhood this week, officials said. The plane, a twin-engine Cessna 340, struck several homes and multiple vehicles, including a UPS truck that was "heavily damaged," Fire Chief John Garlow said. Three homes had "major damage" and two were completely burned, Garlow added. UPS later confirmed in a written statement to USA TODAY that an employee had in fact died in the crash. “We are heartbroken by the loss of our employee, and extend our deepest condolences to his family and friends," the statement said. "We also send our condolences for the other individuals who are involved in this incident, and their families and friends."

CNN - Texas Gov. Greg Abbott this week issued an executive order banning all state entities, including private employers, from enforcing vaccine mandates. The order states that "no entity in Texas" can enforce vaccination against anyone in the state who objects "for any reason of personal conscience, based on a religious belief, or for medical reasons, including prior recovery from COVID-19," according to a news release from the governor's office. "The COVID-19 vaccine is safe, effective, and our best defense against the virus, but should remain voluntary and never forced," Abbott said in a statement.

ABC - Pres. Biden has since issued the first-ever presidential proclamation of Indigenous Peoples’ Day, lending the most significant boost yet to efforts to refocus the federal holiday celebrating Christopher Columbus toward an appreciation of Native peoples. Moving forward, the day will be observed Oct. 11, alongside Columbus Day. “For generations, Federal policies systematically sought to assimilate and displace Native people and eradicate Native cultures,” Biden wrote in the Indigenous Peoples’ Day proclamation. “Today, we recognize Indigenous peoples’ resilience and strength as well as the immeasurable positive impact that they have made on every aspect of American society.”

Getting Control Over COVID-19

SELF - This week, Dr. Anthony Fauci, M.D., shared his big-picture perspective on where we are in the fight against COVID-19, as well as where we’re heading next. Dr. Fauci, director of the National Institute for Allergy and Infectious Diseases said in a White House press briefing this week that much of the world, including the U.S. “in some respects,” is still in the pandemic phase of the COVID-19 outbreak, and total elimination of the virus is unrealistic right now. But Dr. Fauci has no doubt “it is within our power and within our capability” to achieve stable control of the virus in the near future.

WashingtonPost - Civil rights activists are now actively condemning the arrest of a Black man with paraplegia in Dayton, Ohio, who was seen in newly released body-camera video being pulled from his car during a traffic stop last week as he yelled for help and told officers he cannot use his legs. Clifford D. Owensby, 39, has since filed a complaint with the Dayton Unit of the National Association for the Advancement of Colored People and spoke to an investigator, Pres. Derrick L. Foward told The Washington Post this week. Foward said the NAACP will be working “hand-in-hand” with Owensby’s legal counsel after his Sept. 30 arrest.

Motherly - Shannon Jensen and Gina Kildahl say their children went back to school and tested positive for COVID just weeks into the school year; and now they're both suing their children's school districts. "By bringing students back to class around unmasked staff, reinstituting extracurricular activities, and allowing potentially contagious visitors and volunteers into the schools without masks, FCSD and the BOARD threw students into a Covid-19 'snake pit' creating an affirmative duty to keep their students safe from Covid-19," Kildahl's complaint reads.