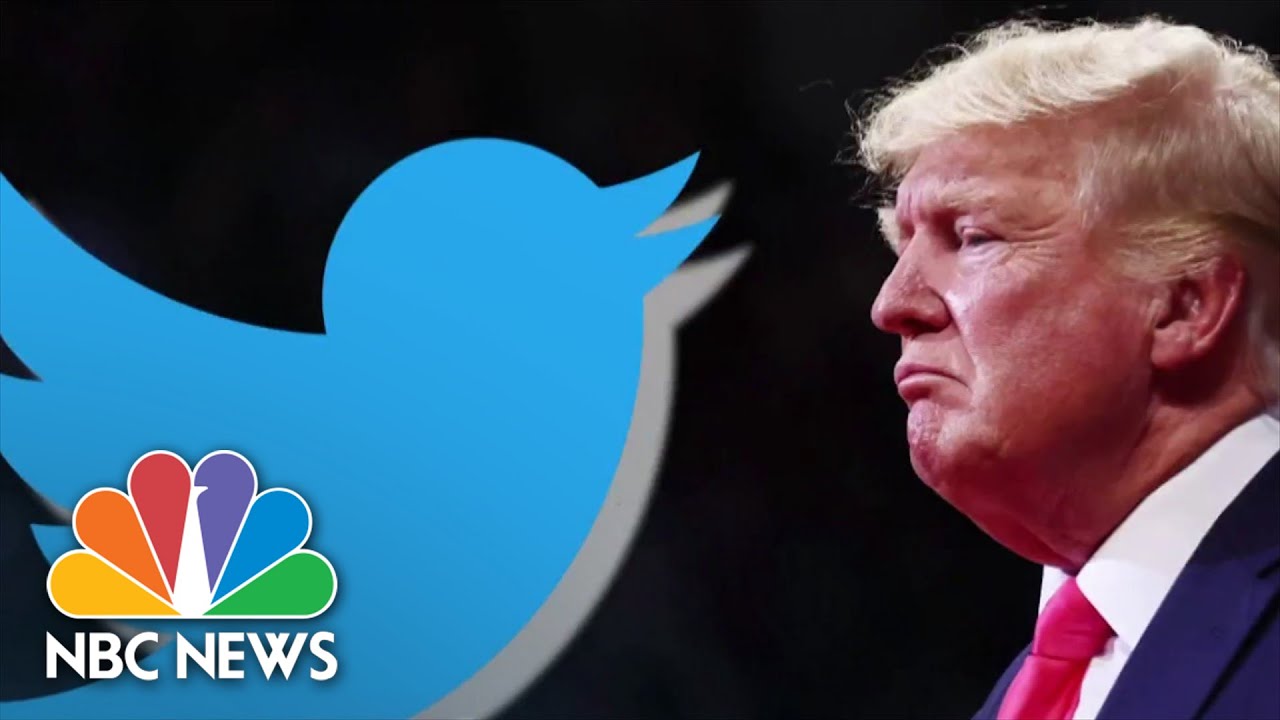 NPR - Former President Donald Trump's Twitter account was reinstated this week by the social media company's owner, billionaire Elon Musk. Musk polled Twitter users, asking them whether Trump should be reinstated, and a narrow majority voted for Trump. By the following Saturday, Musk tweeted, "The people have spoken. Trump will be reinstated. Vox Populi, Vox Dei." The Latin phrase means "the voice of the people is the voice of god."

An "Unthinkable Morning" At The Apple Store

NBCBoston - One person has been confirmed dead and 17 people hurt after a car crashed into an Apple Store at the Derby Street Shops in Hingham, Massachusetts, this week, the Plymouth County District Attorney's office confirmed. There is an active criminal investigation underway and authorities did not immediately provide more details on the driver who has not been publicly identified. "I'm sure that we will find out once we have an opportunity to review all the documents and tapes, wherever it's necessary to go forward from there and figure out exactly what happened and really what the absolute unthinkable event that occurred at that store when you're just going there to buy a phone or get something fixed or whatever it may be, it's absolutely unthinkable. It's absolutely tragic," District Attorney Tim Cruz said.

CBS - The Supreme Court this week declined to block the Treasury Department from turning over several years of former President Donald Trump's tax returns to the House Ways and Means Committee, clearing the way for Democrats to obtain the records weeks before Republicans take control of the House in January. Trump has since criticized the Supreme Court, saying in a post to his social media platform, Truth Social, that its rejection of his request to stop the release of his tax information is not a surprise. "It is unprecedented to be handing over Tax Returns, & it creates terrible precedent for future Presidents. Has Joe Biden paid taxes on all of the money he made illegally from Hunter & beyond," the former president wrote. "The Supreme Court has lost its honor, prestige, and standing, & has become nothing more than a political body, with our Country paying the price. They refused to even look at the Election Hoax of 2020. Shame on them!"

Is A Nationwide Strike Inevitable?

ABC7 - The nation's largest rail union this week voted down a tentative contract brokered by the White House, raising the possibility of a nationwide strike next month that could cripple the U.S. economy. The SMART Transportation Division, or SMART-TD, which represents about 28,000 conductors, rejected the contract in a vote that garnered record turnout, the union said. "SMART-TD members with their votes have spoken, it's now back to the bargaining table for our operating craft members," SMART-TD President Jeremy Ferguson said in a statement. "This can all be settled through negotiations and without a strike. A settlement would be in the best interests of the workers, the railroads, shippers and the American people."

NBC - Dr. Anthony Fauci appeared this week at his final White House press briefing, as he prepares to leave his role next month following a half-century on the front lines of the world's gravest public health crises. “The idea that this may be very likely the last time I’m in that press briefing room is kind of sad. Sad, and yet with the full realization and appreciation that all things must pass. Things can’t go on forever," Fauci said in an interview earlier in the day with NBC News. Speaking at the briefing, Fauci said “the final message I give you from this podium is that please, for your own safety, for that of your family, get your updated Covid-19 shot as soon as you’re eligible.”

FOX5 - While they may be far from home, soldiers stationed at an Army base in Dongducheon, South Korea enjoyed turkey and all the trimmings this past Thanksgiving. "It gives them that taste of home. And it's an opportunity for everybody to break bread together, have a meal together. And then for us as leaders, it’s a chance for our soldiers to see us as leaders serving them the meal," explained Col. Chad Roehrman, 2nd Stryker Brigade Combat Team commander.

CBS - With millions of people traveling for the holidays in the middle of a "tripledemic", public health officials are concerned that family gatherings could add fuel to the onslaught of Covid, flu and RSV cases. And as hospitals continue to get flooded with patients, experts are once again recommending wearing a mask indoors. Medical experts are also recommending testing as it will serve as another layer of protection, especially if symptoms become apparent early on.

NYPost - In light of the numerous mass shootings in recent times, President Biden vowed this week to push for a ban on “assault weapons” before the next Congress forms. “I’m sick and tired of these shootings. We should have much stricter gun laws,” Biden told reporters outside the Nantucket Fire Department in Massachusetts, where he met with first responders on Thanksgiving. “The idea we still allow semiautomatic weapons to be purchased is sick. It’s just sick. It has no, no social redeeming value. Zero. None. Not a single, solitary rationale for it except profit for the gun manufacturers.”

Twitter To Uncover Details On The Hunter Biden Story

FOX - Twitter CEO Elon Musk teased this week that he might release more information on how the social media company censored the Hunter Biden laptop story during the 2020 presidential election. It all started when news personality Alex Lorusso asked followers to "raise your hand" if they supported making "all internal discussions about the decision to censor the @NYPost's story on Hunter Biden’s laptop" public. To which Musk responded, "This is necessary to restore public trust." And with many users agreeing with Musk's call for transparency and after nearly two years of suppression, Twitter is once again proving to be a key player in finding answers on the Hunter Biden story.

APNews - President Joe Biden this week delivered at least half a dozen pumpkin pies to Massachusetts firefighters during a Thanksgiving Day show of appreciation. Biden had also expressed appreciation for firefighters and other emergency personnel earlier in the day when he and his wife, Jill, spoke by telephone to the hosts of NBC’s broadcast of the Macy’s Thanksgiving Day Parade in New York. “I want to say thanks to the firefighters and police officers, first responders. They never take a break,” Biden said during the call.