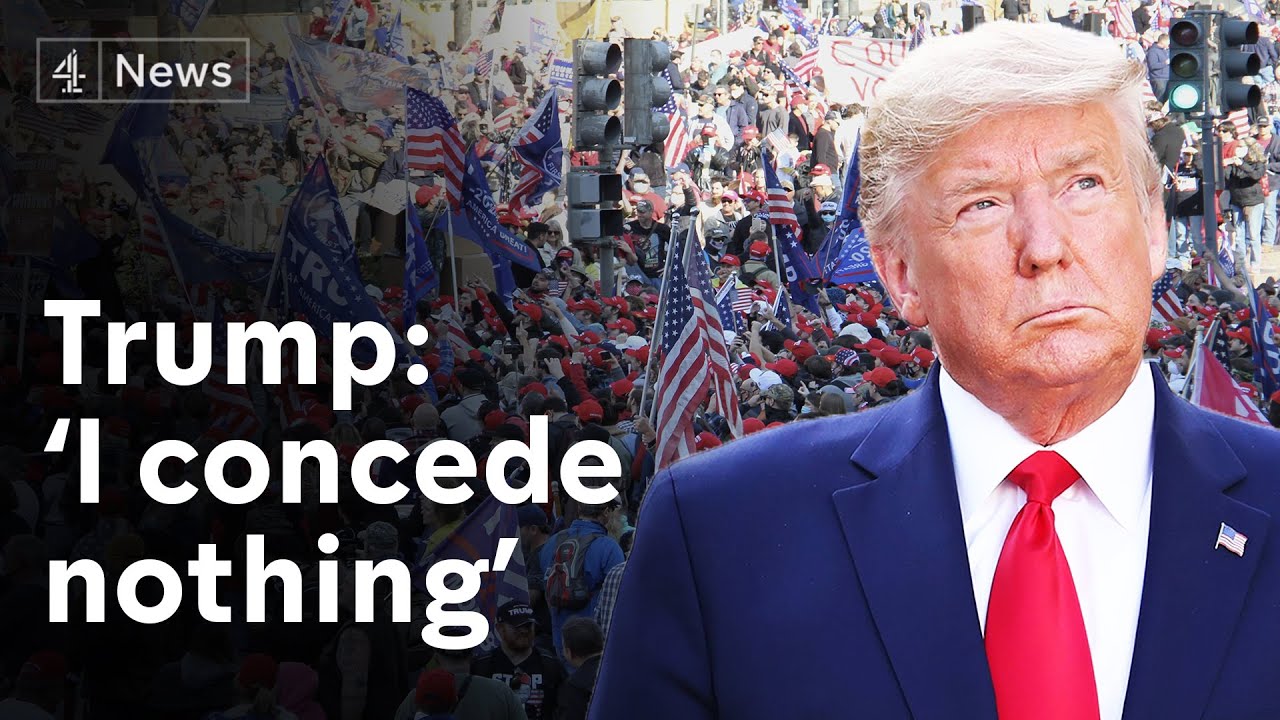 During his regular briefing this past Monday, CA Gov. Gavin Newsom acknowledged that he had indeed made a mistake when he attended a birthday dinner in Napa that didn’t follow the state guidelines, notably the very guidelines in which he implemented for the state of California. “As soon as I sat down, I realized it was a little larger group than I had anticipated,” Newsom said. “I made a bad mistake. Instead of sitting down, I should have stood up.”

The Monster-Sized Alligators Roaming In Florida

Forget about that one alligator on the golf course, there are now not one, but two monster-sized alligators just strolling through Florida neighborhoods. “As a result from recent tropical weather, we are currently experiencing the highest water levels that we’ve seen since 1962 during this time of the year. And our water levels are still rising. Wildlife in the area is adapting, too; alligators and snakes are moving and finding new spots to sun bathe,” the Everglades National Park explained in regards to the sudden appearances of the alligators in a recent Facebook post. Hopefully next storm, these alligators find a less public spot to walk around.”

NY Schools Shutting Down Yet Again

"We've got to fight back the second wave," New York Mayor Bill De Blasio told reporters this week. "Our schools have been safe, extraordinarily safe. We've got to keep it that way. We can't just stand pat with a strategy that worked before when conditions are changing. We need to reset the equation." In a heated exchange with a reporter, New York Gov. Andrew Cuomo strongly defended Mayor de Blasio’s decision to close NYC schools as the city reached 3 percent Covid-19 positivity rate.

Nearly 800 nurses at one suburban Philadelphia hospital have abandoned their posts this week in protest of their now hellish work environment as coronavirus cases continue to soar throughout the United States. Some nurses at the hospital have said that they’re dangerously overworked, caring for up to seven patients instead of a typical three or four, CBS Philadelphia reported. “What that means is the call bells are not being answered,” nurse Donna Halpern said. “There’s a human being behind that call bell with a need and I’ve heard call bells ringing for a half-hour.”

ABCNews reported that Pfizer and partner BioNTech have in fact submitted a request this past Friday to the U.S. Food and Drug Administration for Emergency Use Authorization of their COVID-19 vaccine candidate. "It is with great pride and joy, and even a little relief, but I can say that our request for emergency use authorization for our COVID-19 vaccine is now in the FDA's hands," Dr. Albert Bourla, chairman and CEO of Pfizer, said in a video statement. "This is a historic day, a historic day for science and for all of us. It took just 248 days to get from the day we announced our plans to collaborate with BioNTech to our FDA submission day."

Donald Trump Jr., Pres. Trump's eldest son, has just tested positive for the coronavirus, a personal spokesman told CNN this past Friday. "Don tested positive at the start of the week and has been quarantining out at his cabin since the result," the spokesman said. "He's been completely asymptomatic so far and is following all medically recommended COVID-19 guidelines." In a video posted to Instagram later in the day, Trump Jr. did confirm that he had tested positive for the virus. "I'll follow the regular protocols. You know, take it seriously," Trump Jr. said. "No reason to do anything otherwise, but again totally asymptomatic, which is what's weird about it."

"A president is a public servant. They are temporary occupants of the office by design. And when your time is up, then it is your job to put the country first, and think beyond your own ego and your own interest and your own disappointments. My advice to President Trump is if you want, at this late stage in the game, to be remembered as somebody who put country first, its time for you to do the same thing. "What we've seen is what some people call 'truth decay' – something that has been accelerated by outgoing President Trump," Former Pres. Barack Obama said in his interview with CBS News' Gayle King. "In the sense that not only do we not have to tell the truth, but the truth doesn’t even matter."

"He only won in the eyes of the FAKE NEWS MEDIA. I concede NOTHING! We have a long way to go. This was a RIGGED ELECTION!" Pres. Trump tweeted shortly after appearing publicly to acknowledge Biden winning the 2020 Election.

Pres. Trump reportedly sought out options for attacking Iran this week as a means of halting their growing nuclear program. The NY Times reported that Pres. Trump was dissuaded from moving ahead with a strike by advisers who warned that by doing so, it could potentially escalate into a broader conflict in his last weeks in office. However, this is only a temporary ceasefire; after all, officials have noted that the Pres. may still be examining ways to attack Iran and its allies such as militias in Iraq.

Georgia’s hand recount have in fact confirmed Joe Biden’s victory in the state of 5 million presidential votes. “Working as an engineer throughout my life, I live by the motto that numbers don’t lie,” Secretary of State Brad Raffensperger said, certifying the results of the recount. “As secretary of state, I believe that the numbers that we have presented today are correct. The numbers reflect the verdict of the people, not a decision by the secretary of state’s office or of courts or of either campaign.”