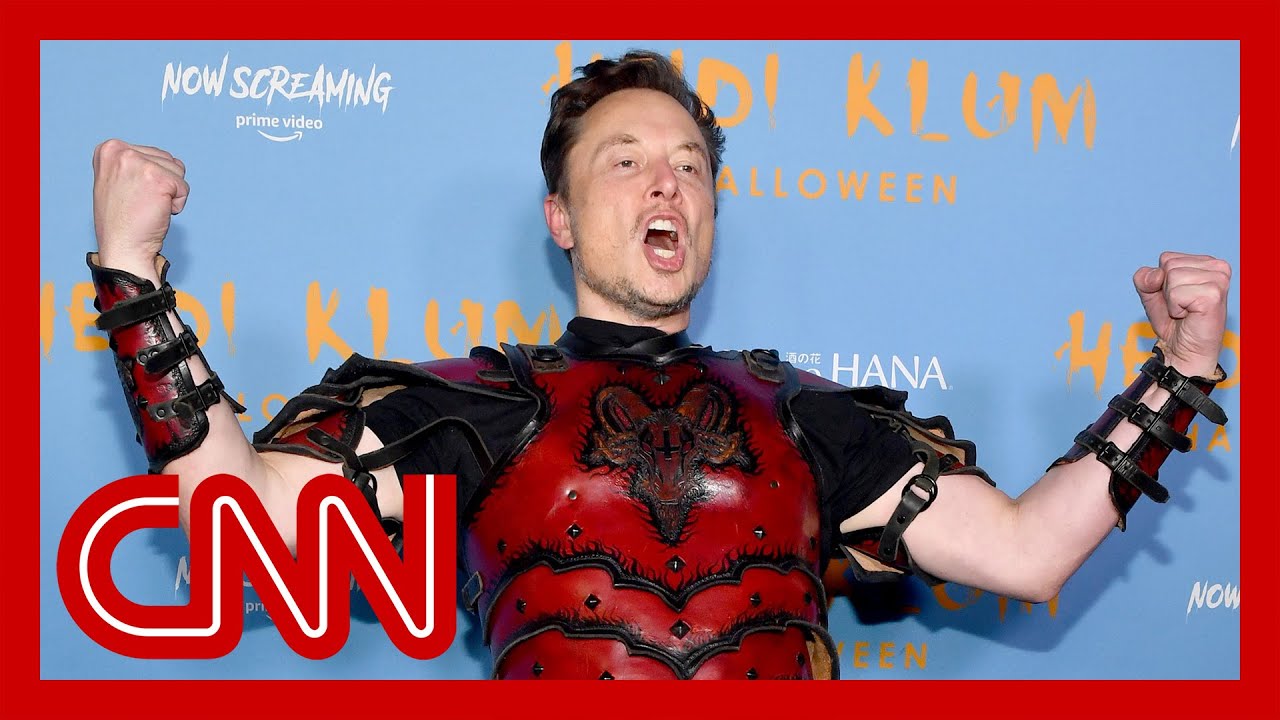 An Extra Pricey Thanksgiving This Year

CNN - Thanksgiving dinner will cost a whopping 20% more than it did last year, according to a new survey released this week by the American Farm Bureau Federation. With a feast for 10 with 12 staple menu items costing $64.05 on average this year, up $10.74 from last year, that breaks down to about $6.50 per person, according to the annual survey. “General inflation slashing the purchasing power of consumers is a significant factor contributing to the increase in average cost of this year’s Thanksgiving dinner,” said Roger Cryan, chief economist at the American Farm Bureau Federation.

Elon Musk Has "Too Much On His Plate"

FOX - Billionaire entrepreneur Elon Musk said this week that he simply has "too much work on [his] plate" amid his recent efforts to reform Twitter from the ground up. In light of the Tesla CEO's bold proclamation, Babylon Bee CEO Seth Dillon said that he does not envy the pressures Musk is currently facing one bit. "He's talking about how big his workload is. He's putting it on himself," Dillon told "America's Newsroom" host Bill Hemmer. "He's handling complaints personally on Twitter. He's responding to tweets, people are suggesting things to him, he's interacting with them…"

No Beer At The Qatar World Cup

CBS - The sale of all alcohol at the eight stadiums used for soccer's World Cup tournament in Qatar has effectively been banned, the sport's international governing body FIFA said this week, just two days before the games begin. The organization said in a statement that the decision to ban alcohol sales came "following discussions between host country authorities and FIFA." If it's any consolation to fans, non-alcoholic beer will still be available at the 64 matches.

NYTimes - Poland’s President Andrzej Duda said this week that a Ukrainian air defense missile was most likely the culprit behind the deadly explosion in his country just a day earlier, calling it an “unfortunate accident” and easing fears that his country and its NATO allies could be drawn into a direct conflict with Russia. “We have no evidence at the moment that it was a rocket launched by Russian forces,” Duda told reporters. “However, there are many indications that it was a missile that was used by Ukraine’s antimissile defense.”

FOX - Former President Donald Trump announced this week that he will in fact be running for the 2024 Republican nomination for President. "In order to make America great and glorious again. I am tonight announcing my candidacy for president of the United States," Trump said. "But just as I promised in 2016, I am your voice. I am your voice. The Washington establishment wants to silence us, but we will not let them do that. What we have built together over the past six years is the greatest movement in history because it is not about politics. It's about our love for this great country, America, and we're not going to let it fail."

CNN - Attorney General Merrick Garland this week appointed a special counsel to oversee the criminal investigations into the retention of national defense information at former President Donald Trump’s Mar-a-Lago resort and parts of the January 6, 2021, insurrection. “Based on recent developments, including the former president’s announcement that he is a candidate for president in the next election, and the sitting president’s stated intention to be a candidate as well, I have concluded that it is in the public interest to appoint a special counsel,” Garland said. Jack Smith, the former chief prosecutor for the special court in The Hague, where he investigated war crimes in Kosovo, will now be overseeing the investigations.

NBC - A Florida judge awarded Gabby Petito’s family $3 million this week in their wrongful death lawsuit against the parents of Brian Laundrie, who they believe killed Petito last year. The suit alleged that the Laundries hindered the search for Petito and knew she "had been murdered by their son," who later died by suicide. "The Petito family lost their daughter, and they were also denied the opportunity to confront her killer. No amount of money is sufficient to compensate the Petito family for the loss of their daughter, Gabby, at the hands of Brian Laundrie," said Patrick Reilly, an attorney for Petito's family.

CNBC - A new wave of Twitter employees reportedly resigned this week after Elon Musk issued a sudden ultimatum telling them they would need to be willing to commit to a “hardcore” work environment. Earlier in the week, Musk had sent a companywide email telling employees to expect “long hours at high intensity” if they wanted to stay. Furthermore, Musk also said that managers must now meet with employees in person once a week or at least monthly, and that managers could be fired for allowing employees to work remotely if those employees do not prove, in his view, to be “excellent” or “exceptional.” Esther Crawford, who works on early stage products at Twitter, have since sent a farewell message to those leaving the company. “To all the Tweeps who decided to make today your last day: thanks for being incredible teammates through the ups and downs,” Crawford tweeted. “I can’t wait to see what you do next.”

CBS - House Speaker Nancy Pelosi, who made history as the first woman to serve in the role, will not seek another term as Democratic leader, she announced this week. "Now we must move boldly into the future, grounded by the principles that have propelled us this far and open to fresh possibilities for the future," Pelosi said. "With great confidence in our caucus, I will not seek reelection to Democratic leadership in the next Congress. For me, the hour has come for a new generation to lead the Democratic caucus."

Salon - As a response to the appointment of a special counsel earlier in the week, Former President Trump went onto attack his critics, complain about being the victim, and label special counsel Jack Smith as "super-radical left" without any substantial evidence to back up his claim. "This is a rigged deal just as the 2020 election was rigged," Trump said. "And we can't let them get away with it, we can't do it, we can't let this happen to our country."

Get all the latest news, live updates & top stories on Spain vs Germany