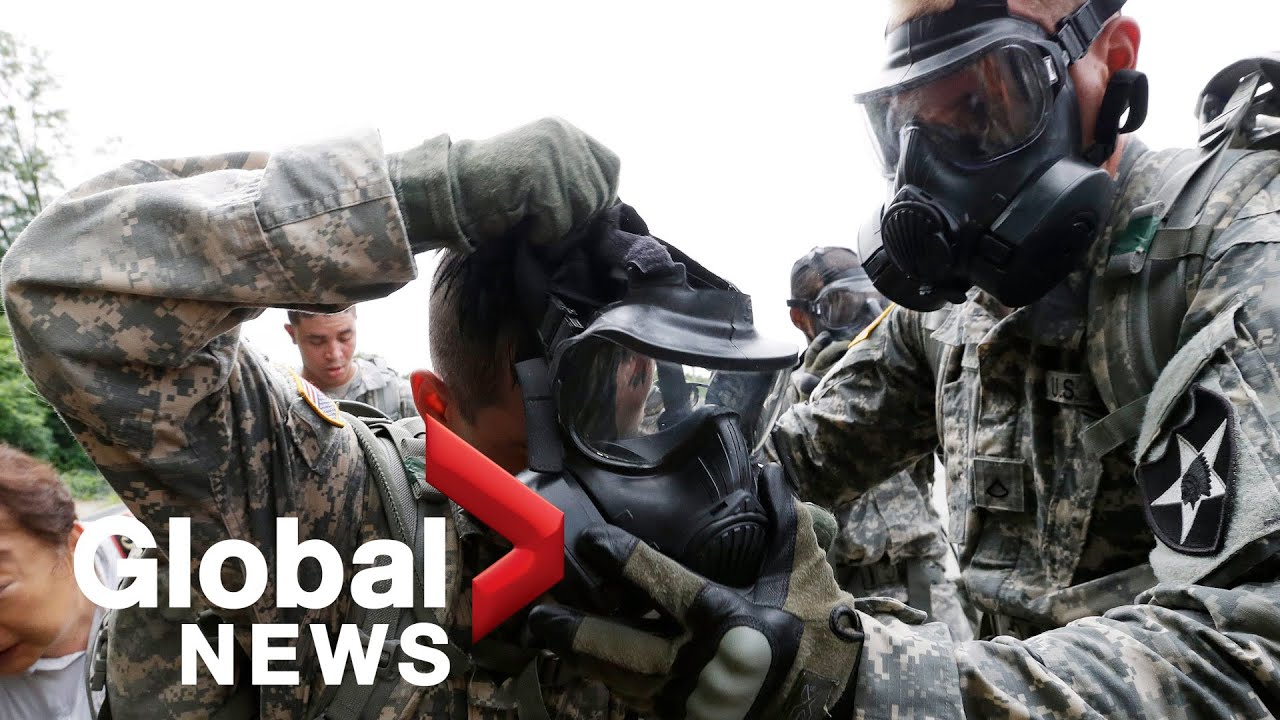 CNN - A trio of Russian cosmonauts arrived at the International Space Station wearing bright yellow flight suits trimmed with blue, raising questions about whether the three were showing solidarity with Ukraine by wearing its national colors and rebuking their own government’s invasion. And while it is possible that the suits are a sign of solidarity with Ukraine, there are also other possible explanations. For one, some have speculated the three may have instead been paying homage to Bauman Moscow State Technical University, which they all attended and which has blue and yellow among its school colors.

APNews - Russian forces have intensified shelling of cities in Ukraine’s center, north and south, a Ukrainian official said, upending attempts to evacuate besieged civilians. “This is likely to represent an effort to break Ukrainian morale,” the U.K. Ministry of Defense said of Russian tactics as the war entered its 12th day this past Monday. Fighting has caused 1.5 million people to flee the country, which the head of the U.N. refugee agency called “the fastest-growing refugee crisis in Europe since World War II.”

CNBC - Omicron’s more contagious subvariant, BA.2, has more than doubled in prevalence over the past two weeks in the U.S. and now represents more than 34% of Covid-19 infections that have undergone genetic sequencing, according to data published by the Centers for Disease Control and Prevention this week. And although BA.2 is rising in the U.S., leading public health officials are not expecting another dramatic surge in new cases. “The bottom line is we’ll likely see an uptick in cases, as we’ve seen in the European countries, particularly the U.K.,” White House chief medical advisor Dr. Anthony Fauci told ABC’s “This Week.” “Hopefully we won’t see a surge — I don’t think we will.”

ABC - Justice Clarence Thomas has since been discharged from Sibley Memorial Hospital in Washington, one week after being admitted for treatment of an infection, a Supreme Court spokeswoman said. Following his discharge from the hospital, Supreme Court spokeswoman Patricia McCabe said in a statement: "Justice Clarence Thomas was admitted to Sibley Memorial Hospital in Washington, D.C., on Friday evening after experiencing flu-like symptoms. He underwent tests, was diagnosed with an infection, and is being treated with intravenous antibiotics. His symptoms are abating, he is resting comfortably, and he expects to be released from the hospital in a day or two." No further information has been provided on his diagnosis, treatment, or prognosis.

CNN - All 132 people on board the China Eastern Airlines jetliner that crashed in the densely forested mountains of southern China are unfortunately dead, China’s aviation authorities confirmed this week. For days, rescue teams had been combing through the crash site, wading through heavy mud and thicket, scattered with debris and plane parts, in southern China’s Guangxi region, while desperate family members waited for news of their loved ones. But despite the rescue teams' best efforts, China’s Civil Aviation Administration (CAAC) have since stated that they have identified 120 of the victims using DNA testing, including 114 passengers and six crew members.

Defending Ukraine Against 'Slaves Of Propaganda’

NBC - President Volodymyr Zelenskyy implored citizens to "do everything to protect our state" from Russian "slaves of propaganda" in a video message posted to his Telegram account this week. Addressing the southern city of Kherson, where Zelenskyy said Russian forces were targeting innocent civilians, he urged residents to "hold on" and not lose hope, referring to Russian President Vladimir Putin's army as "slaves sent by Russia [who] have never seen so many free people in the squares and streets...they have never seen thousands of people who have no fear of them, of slaves with weapons in their hands. Slaves perceive the freedom as savagery, as danger. They are scared."

ABC - COVID-19 survivors are now at an increased risk of being newly diagnosed with diabetes up to one year after recovering, a new study suggests. Researchers from VA Saint Louis Health Care System found that people who recovered from COVID were 40% more likely to develop a new case of diabetes compared to a control group. "That's hard for me to swallow," Dr. Ziyad Al-Aly, chief of research and development at VA Saint Louis Health Care System, and lead author of the study, told ABC News. "COVID-19 isn't only about the acute effects. This is going to leave a lot of people with long-term health consequences that they'll have to deal with for a lifetime and that's jarring. It's unsettling to accept."

NPR - Hillary Clinton said this week that she has, in fact, tested positive for COVID-19. "Well, I've tested positive for COVID. I've got some mild cold symptoms but am feeling fine," Clinton wrote on Twitter. "I'm more grateful than ever for the protection vaccines can provide against serious illness," Clinton said, before urging others to get vaccinated and boosted if they haven't already.

FOX - Author Douglas Murray argued that American law schools are in a crisis on "Fox & Friends" this week after Yale Law School students protested a free speech panel earlier this month. "The fact that the law students there at Yale do not understand the most basic things, not just about America, including the right to free speech, not just about academia, where free speech is absolutely crucial, but that they don't understand that in the profession they want to go into you have to hear views that you may not like. It's almost the definition of working in a courtroom that you're going to hear opposing views. And here are these students who heckle and shout at a panel consisting of three lawyers, all who happen to be women, because they don't like the idea that you might hear views that these students happen not to agree with. It's a terrible glimpse at what could be the next generation of American lawyers," Murray stated in the interview.

The U.S. Will ‘Respond’ To Chemical Or Biological Weapons

NBC - Pres. Biden said this week that NATO would respond “in kind” if Russia uses weapons of mass destruction in Ukraine. “We will respond if he uses it,” Biden said, referring to Russian President Vladimir Putin. “The nature of the response depends on the nature of the use.”