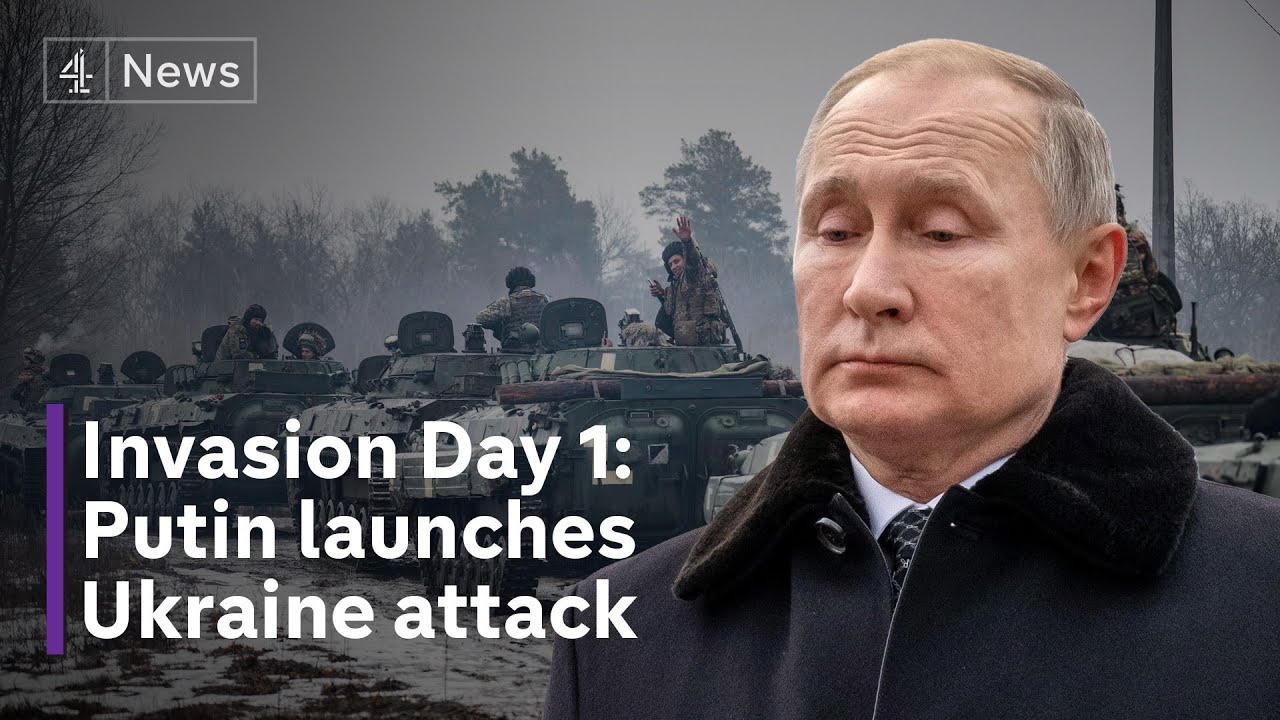 How Russia's Invasion of Ukraine Could Be Costing You

NBC - Pres. Biden this week acknowledged the likelihood that the U.S. and allied sanctions on Russia in retaliation for an invasion of Ukraine would in fact have significant blowback on the American economy, including possible price hikes as well as disruption to the nation’s energy supply. “The American people understand that defending democracy and liberty is never without cost,” Biden said in remarks at the White House about the ongoing crisis. “I will not pretend this will be painless.” Meanwhile, economic sources believe the invasion will not only have an impact on markets but on gas prices and inflation rates as well.

TheGuardian - The only Black Republican in the Senate, Tim Scott of South Carolina, has indicated this week a willingness to be Donald Trump’s running mate should the former president mount another White House campaign. When asked by Fox News if he would consider joining a Trump ticket in 2024, Scott said: “Everybody wants to be on President Trump’s bandwagon, without any question.” Scott also later went onto tell Fox News: “One of the things that I said to the president is he gets to decide the future of our party and our country because he is still the loudest voice.”

The Queen Tests Positive For COVID

ABC - Britain's Queen Elizabeth has indeed tested positive for COVID-19, Buckingham Palace announced this week. The Queen, 95, has been experiencing "mild cold-like symptoms," the palace said. "She will continue to receive medical attention and will follow all the appropriate guidelines."

CNN - As the world approaches the second anniversary of the declaration of the COVID-19 pandemic by the World Health Organization, on March 11, more nations are rolling out, or are discussing the possibility of, fourth doses of coronavirus vaccine for their most vulnerable. In the United States, leading public health officials say they are “very carefully” monitoring if or when fourth doses might even be needed. At this point in time, the US Food and Drug Administration “is indeed continually looking at the emerging data on the pandemic and variants in the United States and overseas in order to evaluate the potential utility and composition of booster doses,” FDA spokesperson Alison Hunt wrote in an email to CNN this week.

FOX - Tesla CEO Elon Musk clapped back at Sen. Elizabeth Warren, D-Mass., this week after she claimed that Musk had paid "zero" in taxes in 2018. "Elon Musk in 2018, we've actually seen his tax returns," Warren said. "You know how much he paid in taxes, one of the richest people in the world? Zero." Following the claim, Musk was seen responding to a Twitter post that quoted part of Warren's claim: "Will visit IRS next time I’m in DC just to say hi, since I paid the most taxes ever in history for an individual last year," Musk's reply on Twitter read. "Maybe I can have a cookie or something …"

NYPost - The CDC admitted this week that it has been withholding large portions of COVID-19 data, including on vaccine boosters, from the public because it feared the information could be misinterpreted. Reportedly, the leading public health agency has only published a small sample of the data it has been collecting, despite being two years into the pandemic, sources told the New York Times. Kristen Nordlund, a CDC spokeswoman, said the reason for the slow release of data is “because basically, at the end of the day, it’s not yet ready for prime time.” Nordlund added that the CDC’s “priority when gathering any data is to ensure that it’s accurate and actionable.”

AlJazeera - Russia has since launched an all-out invasion of Ukraine by land, air, and sea, the biggest attack by one state against another in Europe since World War II and confirmation of the worst fears of the West. The attacks began this past Thursday after Russian Pres. Vladimir Putin said in a televised address that he had approved a “special military operation”. Since the attack began, Ukrainian Pres. Volodymyr Zelenskyy said martial law had been declared and he appealed to world leaders to impose all possible sanctions on Russia, including on Putin, who he said wanted to destroy the Ukrainian state.

FOX - Kyle Rittenhouse, the 18-year-old who was found not guilty following the deadly shooting during the 2020 Kenosha riots, is launching a new initiative to combat powerful news organizations for the "lies" they spew. "Me and my team have decided to launch The Media Accountability Project as a tool to help fundraise and hold the media accountable for the lies they said and deal with them in court," Rittenhouse said on this weeks "Tucker Carlson Tonight." And when asked if he himself will be suing any news organization, Rittenhouse offered a sample of who is currently on his list. "Well, right now, we're looking at quite a few politicians, celebrities, athletes, Whoopi Goldberg's on the list," Rittenhouse said. "She called me a ‘murderer’ after I was acquitted by a jury of my peers. She went on to still say that."

The Beginning Of Ukraine's Refuge Crisis

ABC - Dragging suitcases and carrying children, tens of thousands of Ukrainians rushed to the borders this weekend as invading Russian troops pressed on with their march toward Ukraine's capital of Kyiv. At this time of writing, at least 150,000 people have fled Ukraine into Poland and other neighboring countries in the wake of the Russian invasion, the U.N. refugee agency said. “The numbers and the situation is changing minute by minute,” said Joung-ah Ghedini-Williams, a spokeswoman for the U.N. High Commissioner for Refugees. “At least 150,000 people have fled, they are refugees outside of Ukraine....At least 100,000 people — but probably a much larger number — have been displaced inside Ukraine."

The Masks Come Off Indoors

NBC - Most Americans are now safe going without a mask in indoor settings, including in schools, the Centers for Disease Control and Prevention said this week.The highly anticipated change to the agency's mask guidance leans less heavily on the number of COVID-19 cases as a key measure, but instead giving more weight to hospitalizations and local hospital capacity. Anf for once, the recommendations apply to everyone, not just those who are vaccinated or have received a booster shot.