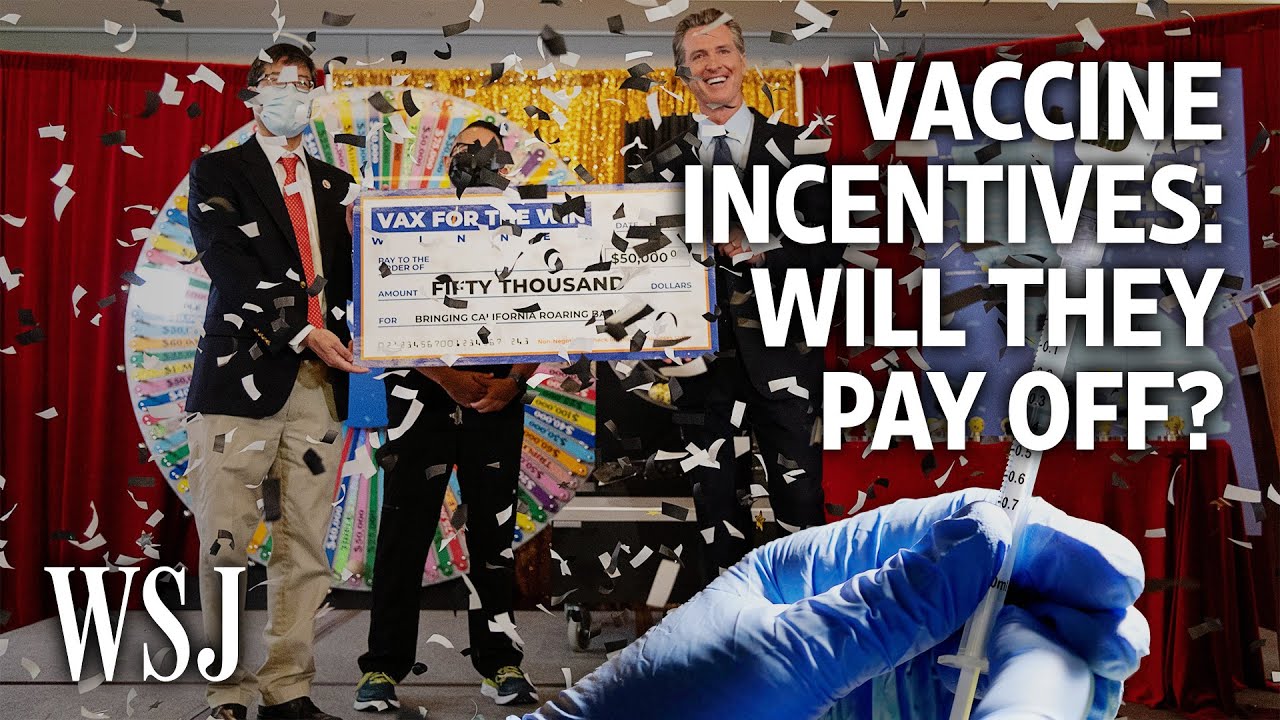 Should COVID-19 Survivors Get Vaccinated?

HealthLine - The CDC announced this week that the COVID-19 Delta Variant is now the most dominant variant in the United States, accounting for approximately 51 percent of all new cases. And while reinfection rates remain rare at best, due to various unknowns, some experts are advising previous COVID-19 survivors to get at least one vaccine dose to boost their antibody levels nonetheless. “We know that reinfection is not a common occurrence, at least in the short term with the original variant of the virus as well as some of the other variance,” said Dr. Amesh Adalja, a senior scholar at Johns Hopkins Center for Health Security and an infectious disease expert. “I advise people who have had a prior infection to get vaccinated. Just one dose may be enough in the subgroup to fortify their natural immunity.”

Why Is China Buying US Farmland?

Politico - Chinese firms have expanded their presence in American agriculture over the last decade by snapping up farmland and purchasing major agribusinesses, like pork processing giant Smithfield Foods. By the start of 2020, Chinese owners controlled about 192,000 agricultural acres in the U.S., worth $1.9 billion, including land used for farming, ranching and forestry, according to the Agriculture Department. As a result, congressional lawmakers from both parties are currently looking at measures to crack down on foreign purchases of prime agricultural real estate. “America cannot allow China to control our food supply,” former Vice President Mike Pence said this week during a speech at the conservative Heritage Foundation, urging President Joe Biden and Congress to “end all farm subsidies for land owned by foreign nationals.”

TheDailyBeast - People around the globe this week took to the streets to protest new clampdowns and restrictions tied to a surge of the highly-contagious COVID-19 Delta variant. Across Europe, people came out by the thousands across Italy, Germany, and France to protest various versions of restrictions tied to vaccine mandates. Similarly, in Australia, hundreds of people were reportedly fined for breaching COVID restrictions in what prime minister Scott Morrison called “selfish and self-defeating” protests, warning, “It achieves no purpose. It won’t end the lockdown sooner.”

MSNBC - "'If one of us is chained, none of us are free.' The chains are the restrictions on voting. Breaking them is democracy. America is not a democracy as long as some people’s rights are being stripped away," MSNBC News Correspondent Ali Velshi wrote on Twitter in response to the recent chain of civil disobedience over voting rights.

NPR - Texas will now be arresting migrants on trespassing charges along the U.S.-Mexico border as part of Republican Gov. Greg Abbott's actions that he says are needed to slow the number of border crossings, jailing at least 10 people so far with more on the way, authorities announced this week. The detainees are currently being held at what had been an empty state prison in Dilley, Texas, about 100 miles north of the border city of Laredo, said Robert Hurst, a spokesman for the Texas Department of Criminal Justice. Thus far, all of those arrested have been single adult men, according to Val Verde County Attorney David Martinez.

COVID Immunity May Only Last You 6 Months

CNBC - The effectiveness of Pfizer’s Covid-19 vaccine steadily declines over time, dropping to about 84% for vaccinated people about four to six months after getting their second dose, according to CEO Albert Bourla. “We have seen also data from Israel that there is a waning of immunity and that starts impacting what used to be what was 100% against hospitalization. Now, after the six month period, is becoming low 90s and mid-to-high 80s,” Bourla said. “The good news is that we are very, very confident that a third dose, a booster, will take up the immune response to levels that will be enough to protect against the delta variant,” the executive added, referring to the highly contagious virus strain that’s been so dominant across the globe.

TheNews - "Today is an important milestone as we continue to fulfil our promise to the thousands of Afghan nationals who served shoulder-to-shoulder with American troops and diplomats over the last 20 years in Afghanistan," Biden said in a statement released by the White House. Biden went on to add that the administration is working to quickly relocate visa-eligible Afghans "out of harm´s way". For some additional ease of mind, Biden said that these first arrivals have already completed extensive background checks and security screenings and would undergo medical checks and other processing in Fort Lee, Virginia before being resettled across the country.

NPR - "It's quite clear the delta variant has changed the game. Now it's time to focus on one thing and one thing only — vaccination. No more excuses, no more delays," New York City Mayor Bill de Blasio said. "Our goal here is simple: make it maximally easy for people to get vaccinated and create an atmosphere where there's clearly consequences if you don't get vaccinated. Because vaccination is the only answer at this point."

CNBC - According to the recently released notes of a phone call, former Pres. Trump had in-fact pressured his acting attorney general to overturn the 2020 vote, telling him “just say that the election was corrupt + leave the rest to me and the R. Congressmen.” Richard Donoghue’s, the then-Acting Deputy Attorney General who was the one taking notes during the Dec.27 phone call, account of the call effectively shows Trump having “directly instructed our nation’s top law enforcement agency to take steps to overturn a free and fair election in the final days of his presidency,” House Oversight and Reform Committee Chairwoman Carolyn Maloney, D-N.Y., said in a press release. The committee has already started scheduling witness interviews “to investigate the full extent of the former President’s corruption,” Maloney added.

ABC - Pres. Biden is stepping up efforts to get shots in people's arms, including calling on states, territories, as well as local governments to do more to incentivize vaccination. Notably, $100 is currently being offered to those who get vaccinated as well as small- to medium-sized businesses are being reimbursed for offering their employees paid leave to get their family members vaccinated. "I know that paying people to get vaccinated might sound unfair to folks who have gotten vaccinated already. But here's the deal, if incentives help us beat this virus, I believe we should use them," Biden said this week. "We all benefit if we can get more people vaccinated."