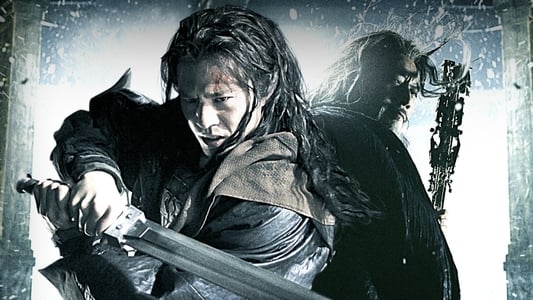 White Vengeance tells the story of two brothers contending for supremacy during the fall of the Qin Dynasty, which ruled Imperial China from 221 to 206 BC. As rebels rose, the nation fell into chaos. Liu Bang and Xiang Yu, became leaders of the rebellious army, and also became sworn brothers in battle.Xiang Yu and Liu Bang are close friends who both serve King Huai of Chu. King Huai uses a plot, saying that whoever can subvert the Qin kingdom in Guanzhong would be the Lord Qin, in order to benefit from the competition between Xiang Yu and Liu Bang. Xiang Yu is over-confident. He fights against the main force of Qin army, and entrusts Liu Bang with Yu Ji, the woman he loves.Liu Bang expresses his love to Yu Ji and takes the chance to invade Guanzhong first when most of Qin army is outside fighting against Xiang Yu’s army.

Man on the Train

Game Time: Tackling the Past

Perfect Bid: The Contestant Who Knew Too Much

Run for Your Life

All Your Dead Ones

At the Gate of the Ghost

The Adventures of the Wilderness Family

How You Look to Me

The Legend of King Solomon

The Blood of Heroes

Got My Hustle Up

The Image of Bruce Lee

The Jazz Loft According to W. Eugene Smith