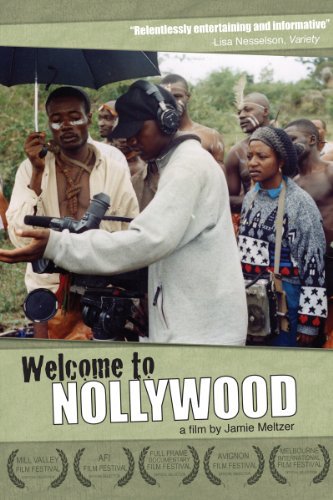 The Nigerian film industry, known as Nollywood, has exploded in the last ten years. Now the most popular cinema in all of west Africa--even more popular than imports of Hollywood or Bollywood films--the Nigerian film industry has distinguished itself by shooting all films (called video films) on digital video. This has allowed production schedules to be compressed (films are shot in several days) and immediately brought to market (distribution consists of bringing films to Idumota electronics market in Lagos and selling them for home viewing). The sheer volume of Nigerian video films is staggering: one estimate has a film being produced for each day of the year. Nollywood is now the third-largest film industry in the world, generating US$286 million a year for the Nigerian economy. And yet this vibrant, profitable industry is virtually unknown outside of Africa.