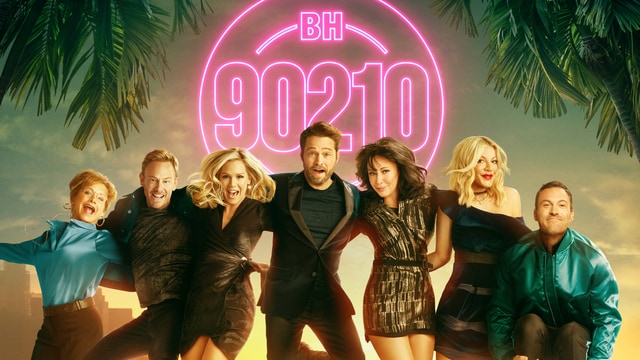 BH90210 is an American comedy-drama television series that premiered on August 7, 2019 on Fox. It is the sixth series in the Beverly Hills, 90210 franchise.

The series focuses on the original cast members of Beverly Hills, 90210 — Jason Priestley, Jennie Garth, Ian Ziering, Gabrielle Carteris, Brian Austin Green, Tori Spelling, and Shannen Doherty — playing heightened, fictionalized versions of themselves. Having parted ways 19 years after the original series ended, they reunite to get a reboot up and running, and must reconcile their new lives with the complications of their histories together. (Wikipedia)